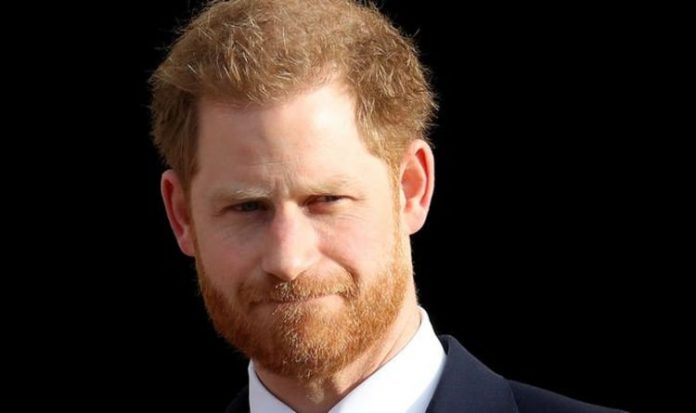 Prince Philip has spent a sixth night in hospital after being admitted last Tuesday as a precautionary measure. The 99-year-old received no further visits from royal family members on Sunday after his eldest son, the Prince of Wales, travelled to King Edward VII’s hospital in London on Saturday afternoon. Royal expert Russell Myers has explained Prince Harry is self-isolating in case he needs to come back to Britain.

Speaking to ITV’s Lorraine, Mr Myers said: “Harry is concerned enough to be self-isolating at his home in California with Meghan and baby Archie.

“If he does have to jump on a jet to get back here if the worse was to happen to Prince Philip then he wants to be able to do that at a moment’s notice.

“Certainly all of our best wishes are to Prince Philip.

“The Palace aren’t giving a running commentary on it but we are expecting to hear more today or tomorrow because he has been staying the past few days.”

The Duke of Edinburgh was admitted to the hospital on Tuesday evening as a precautionary measure after feeling unwell. He is said to have walked in unaided.

Buckingham Palace said there was no update on the duke’s condition, having previously said he was “in good spirits”.

His eldest son Charles made a 200-mile round-trip from his home in Highgrove, Gloucestershire, on Saturday afternoon.

Charles was the first member of the royal family to visit the duke and it is understood that his visit was due to his father’s extended stay.

Philip, who will turn 100 on June 10, is in hospital for an undisclosed reason although the Palace confirmed it is not coronavirus-related.

He is known for his “no fuss” attitude.

Royal author Penny Junor said “We do all know he doesn’t like fuss, and he would regard a visit as fuss.”

She said she did not know the reason for Charles’ visit on Saturday, but added: “Momentous things are happening in the family at the moment and I suppose it’s perfectly possible that Charles wanted to go and talk to his father and reassure him about Harry.”

The hospital’s website states visitors will “only be considered in exceptional circumstances”.