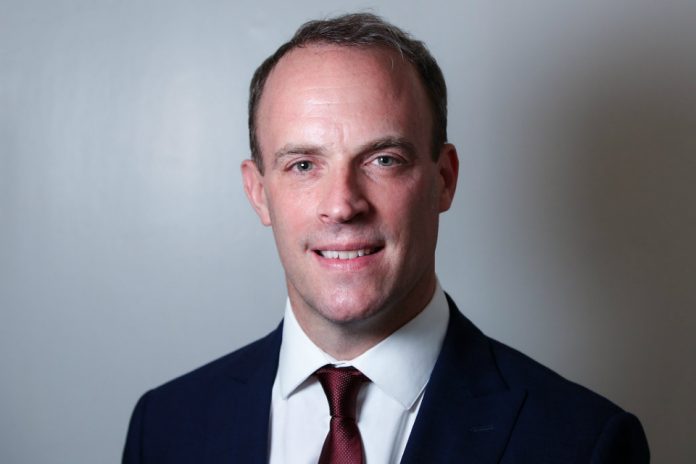 The UK places the promotion and protection of human rights at the very top of our list of international priorities. So we are very pleased to return to the Human Rights Council. And we will continue to uphold and defend the international rule of law, and the rights and freedoms of people right around the world.

We place a particular focus on: championing freedom of religion and belief; defending media freedom; and also championing the values of liberal democracy. We will use all of the diplomatic and development levers available to us to pursue these ends, support states to meet their human rights obligations, and uphold the values on which the United Nations was founded.

The Human Rights Council has a key role to play. And at this moment, when we see the democratic dominoes falling across the world, when we see appalling human rights violations, and when we see some governments using Covid as a pretext to row back on personal freedoms, the Council’s role is even more important than ever.

But, like any institution, we know the Council is not perfect. Some members do not meet the human rights standards we vow to uphold. And the Council’s agenda does not consistently reflect where the most pressing human rights issues are. We need to address that, as well as other institutional concerns. For our part, the UK will continue to engage with all sides to find ways to do so. For example, we must find ways to reduce the practical barriers to small island developing states engaging fully.

This Council lives up to the best traditions of the United Nations when it shines a spotlight on the very worst violations of human rights, and demands accountability for those responsible. So let me highlight some of the most pressing human rights situations that we see today.

The position in Myanmar gets worse. The violations and abuses are well-documented, including arbitrary detention and draconian restrictions on freedom of expression. That crisis presents an increased risk to the Rohingya and other ethnic minorities. That’s why the UK and the EU led a special session of the Council on this issue earlier in the month. It resulted in a consensus resolution demonstrating the strength of feeling in the Council about the actions of the military.

The UK has also led strong statements from the G7 and the UN Security Council condemning the situation. The UK is sanctioning individuals for serious human rights violations that took place during the coup. The military must step aside. Civilian leaders must be released. And the democratic wishes of the people of Myanmar must be respected. That’s why at this session we will again cosponsor the resolution renewing the mandate of the Special Rapporteur on Myanmar, so he can continue his essential work.

Let me now turn to Belarus. Last year’s rigged Presidential elections and Mr Lukashenko’s brutal crackdown against those calling for change has resulted in a human rights crisis. There is no other way to describe it.

The UK has been at the vanguard of the international response. This includes an OSCE investigation, an urgent debate at the Council in September, and greater support for civil society and the independent media. With Canada, we acted decisively in implementing sanctions against Lukashenko and his inner circle.

Now, this Council must continue with a comprehensive investigation of human rights violations, including accusations of torture, cruel, inhuman and degrading treatment. The Belarusian authorities must stop their campaign of repression, agree to meaningful dialogue and now hold new elections. The UK will support initiatives to keep Belarus on the Council’s agenda for as long as it is necessary, and until the Belarusian people are able to enjoy their democratic rights and their fundamental freedoms.

Now turning to Russia, where we face a truly dire and shocking situation from a Permanent Member of the UN Security Council. The authorities there must respect citizens’ human rights, including the right to freedom of expression, the right to a fair trial, and the freedom from torture.

We are deeply concerned by the legislative amendments and constitutional changes which amount to a wholesale attack on individual rights and freedoms. That includes allowing ordinary individuals to be treated as foreign agents. It is disgraceful that Alexey Navalny, himself the victim of a despicable crime, has now been sentenced on arbitrary charges.

The UK has sanctioned six individuals and an entity responsible for Mr Navalny’s poisoning. His treatment and the violence inflicted on peaceful protesters can only further reinforce the world’s concerns that Russia is failing to meet its international obligations. We’ve made our concerns clear here in this Council as well as at the G7, at the OSCE and in the Council of Europe. And we call on other members of the Council to consider whether Russia’s actions are in line with its international human rights obligations and the values that we seek and that we have pledged to uphold.

Now, I must address China. We stand with the growing number of international partners, UN experts and NGOs concerned about the deteriorating human rights situation that we see in China. No one can ignore the evidence anymore.

In Hong Kong, the rights of the people are being systematically violated. The National Security Law is a clear breach of the Sino-British Joint Declaration and is having a chilling effect on personal freedoms. Free and fair legislative elections must take place, with a range of opposition voices allowed to take part.

In Tibet the situation remains deeply concerning, with access still heavily restricted. Meanwhile, we see almost daily reports now that shine a new light on China’s systematic human rights violations perpetrated against Uyghur Muslims and other minorities in Xinjiang. The situation in Xinjiang is beyond the pale. The reported abuses – which include torture, forced labour and forced sterilisation of women – are extreme and they are extensive. They are taking place on an industrial scale. It must be our collective duty to ensure this does not go unanswered.

UN mechanisms must respond. The UN High Commissioner for Human Rights, or another independent fact-finding expert, must – and I repeat must – be given urgent and unfettered access to Xinjiang. If members of this Human Rights Council are to live up to our responsibilities, there must be a resolution which secures this access.

The UK will live up to our responsibilities. So last month, I announced measures aimed at ensuring that no company profiting from forced labour in Xinjiang can do business in the UK, and that no UK businesses are involved in their supply chains. We will continue to raise our voice for the people of Hong Kong and for minorities in China suffering this appalling treatment. And we urge others who share our commitment to open societies and universal human rights to speak up.

Finally, we will continue to lead action in this Council: on Syria, as we do at each session; on South Sudan; and on Sri Lanka, where we will present a new resolution to maintain the focus on reconciliation and on accountability.

Madam President, we want to see an effective international human rights system that holds to account those who systematically violate human rights. The Human Rights Council must be ready to play its role in full, or I fear we will see its reputation sorely damaged.