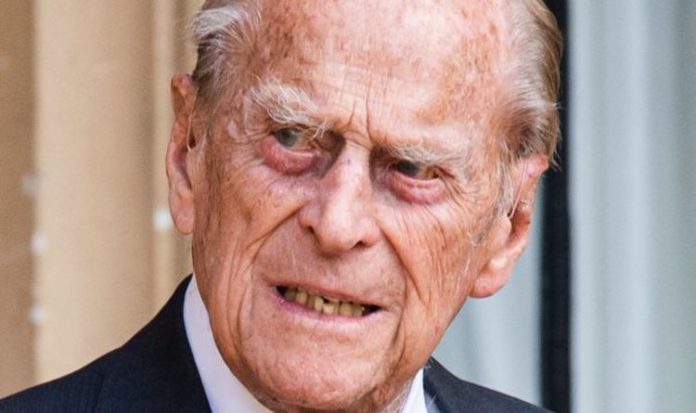 Prince Philip has long been known to have led efforts to push the Royal Family into modernising to keep up with the many changes the UK faced over the past century. The Duke of Edinburgh however witnessed some of his attempts being met with the disapproval of the Queen because of fears of public criticism. Luca Ward, the narrator of Italian documentary series Ulisse, said one of the projects had the Her Majesty so concerned she ordered it to be hidden forever.

Mr Ward said: “Prince Philip had wanted the Royal Family to be more in step with the times and let the cameras enter the palace.

“For a few months, an entire crew followed the sovereign, her husband and their four children in their daily activities.

“The documentary ‘Royal Family’, broadcast in the summer of 1969, was a success in ratings, with 23 million viewers, but except for a few images no one has seen the entire film since.”

Mr Ward continued: “Elizabeth withdrew it from circulation. Perhaps she feared that showing the royals having a barbecue would cause the monarchy to lose the sacredness that guarantees her respect from her subjects.

JUST IN: Brutal backlash after Queen mocks Meghan and Harry in ‘deepfake’ video

“And ever since, Elizabeth’s attitude towards cinema and TV has always been much more cautious.”

The second decade of the Queen’s reign proved to be revolutionary as the UK faced the many changes of the swinging 60s.

RAI Presenter Alberto Angela suggested the booming popularity Her Majesty had been enjoying in the early years had begun to wane and the Royal Family had sought to strengthen their relationship with the public by appearing more in touch with the people.

Mr Angela said: “Elizabeth was helped by her enormous popularity in the first years of her reign, as well as in the last years and this is very easily explained.

READ MORE: Prince Charles and Camilla forced to remove comments on Christmas message due to backlash

“A young ruler is loved for their freshness, an old ruler is revered for their experience but it’s in the middle years that the work gets tough.

“And in the 1960s, an ancient and dusty institution like the monarchy struggled to deal with a society in turmoil.

“London was the centre of the world for music, fashion, art and even the Royal Family wanted to present itself as closer to the people.

“And even TV could become a means of bringing the monarchy closer to the people. But it could also turn out to be a double-edged sword.”

Few clips of the Royal Family documentary remain publicly available today as the full film was withdrawn shortly after broadcast.

Despite Prince Philip being forced to see his project shelved, he still ensured the family’s relationship with television and films improved.

Members of the family have routinely taken part in a variety of projects to mark special occasions or to advocate for charities they support.

Prince William and Kate, the Duchess of Cambridge this year both appeared on the BBC and ITV to discuss their efforts to improve the debate on mental health across the nation.

Princess Anne’s children, Mark Phillips and Zara Tindall, contributed to an ITV documentary to mark their mother’s 70th birthday earlier in the year.