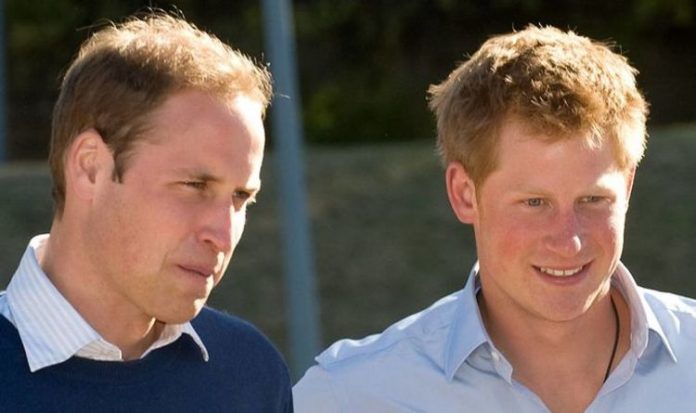 Daily Express royal correspondent Richard Palmer detailed how King Charles I was executed outside the Banqueting House in Whitehall, London in 1649 after being found guilty of treason by the High Court of the Civil War rebel “Rump Parliament”. He added a senior adviser had a habit of telling William and Harry this story, before adding he would not have supported the Royal Family back then, although the reason why is unclear. He wrote on Twitter: “When William and Harry were younger, one of their senior advisers liked to remind them he would have been on the side of Parliament in the Civil War.”

The two brothers were said to be close during their younger years, particularly after the tragic death of their mother Princess Diana in 1997.

Diana had always insisted her two boys had normal childhood experiences despite being in the royal spotlight.

But they were still raised up differently as older brother William will one day be crowned king.

Robert Lacey said this may have contributed to any ill-feelings the brothers felt towards each other over the years.

He wrote in his book Battle of Brothers: “These two brothers — once inseparable and now separated by much more than mere distance — have been acting out the contradictions that go back into their childhoods and even before that: into their parents’ ill-fated marriage.

“We have seen conflicts between the heir and spare in every recent generation of the royal family — but nothing so profound as this.”

Mr Lacey was referring to the brothers’ own admissions that they had grown apart as they got older.

During an interview for his documentary Harry & Meghan: An African Journey Harry confirmed that he and his brother, Prince William had been through a rough patch in their relationship.

He said: “We talked about our children, and Princess Diana said William often told her that he didn’t really want to be king, and then Harry would say, ‘If you don’t want the job I’ll have it.’”

The Scotsman reporter Louisa Pearson backed this up when she previously wrote about William’s university days.

She said: “Having enjoyed a degree of privacy as a student at St Andrew’s, perhaps it’s not such a surprise that William has announced his intention to spend a few years living in the US after he finishes his degree.

“Work in a gallery or auction house, and the possibility of a postgraduate degree, have apparently been discussed.”

However, royal expert Katie Nicholl said the bothers are now back on track despite living on opposite sides of the Atlantic.

She added that they may have decided to make after their father Prince Charles and William’s battles with covid last year.

She said: “I know that William and Harry are in touch on the phone.

“They have done video calls together, they have done a lot of family birthdays and I think with Prince Charles not being well, that really forced the brothers to pick up the phone and get back in touch.”