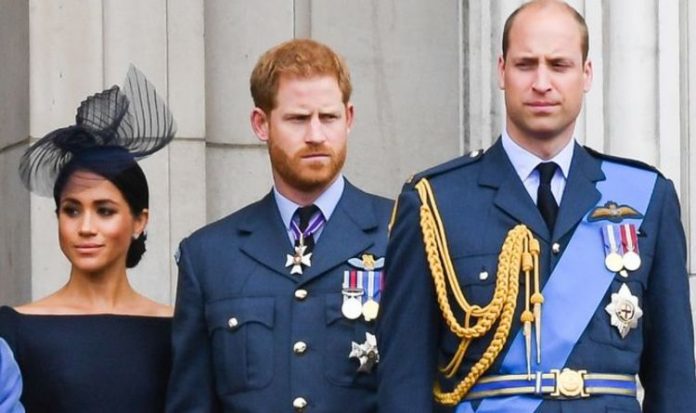 Prince William may have been “bothered a little bit” by Prince Harry and Meghan Markle’s handling of the birth of their son, Archie. The Duke and Duchess of Sussex had decided to not share any details about the pregnancy, birth or christening of their first child in a departure from normal royal procedure. Majesty Magazine Editor Ingrid Seward spoke to Channel 5 about why the Duke of Cambridge may have viewed this as “detrimental”.

She said: “It wasn’t done in a very royal way, or the way we’d come to expect.

“But then Harry’s excuse was, ‘well I’m a private person’.

“But you cannot be royal and be the sixth line to the throne and be a private person.

“I would think it might bother William a little bit.”

Ms Seward added: “He might see the way that Harry and Meghan do things as being detrimental to the business of the monarchy as a whole.”

She told Channel 5: “There was a lot of upset in the media that Harry and Meghan were snubbing tradition, that they were snubbing protocol.

“They weren’t. They were just doing things differently.”

He continued: “I understand that to a certain degree, but they are public figures.

Archie Harrison was born on May 6, 2019 at the Portland Hospital in London.

He was baptised on July 6 in the private chapel at Windsor Castle.

The royal couple opted to exclude the press and the public from the christening and chose not to reveal the names of Archie’s godparents.