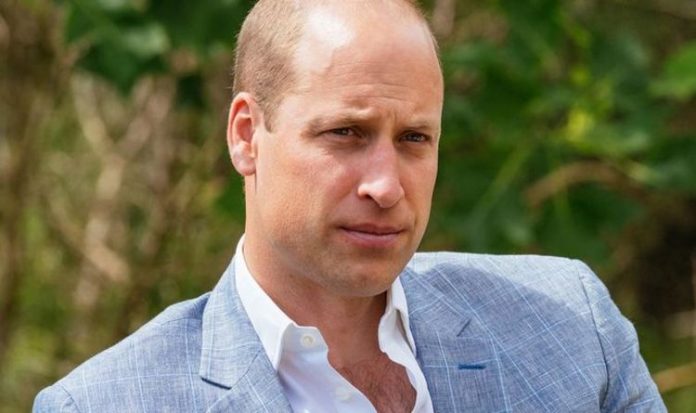 Prince William, 38, recently revealed that he has to fight for control on his Twitter account as royal aides have tried to stop him from using it. The Duke of Cambridge spoke about the account on the BBC’s That Peter Crouch Podcast where he gave a rare insight into who runs the Twitter page. Royal commentators Rachel Bowie and Roberta Fiorito discussed his appearance on the podcast and urged royal aides to give him more control to write personal messages on it.

Speaking on the Royally Obsessed podcast, Ms Fiorito said: “He also said that he tries to use the Kensington Palace Twitter account and that he fights them for it.

“They want to keep him away from using it.

“He said he used it when he was at a game and he said, ‘it was an amazing match. I was literally blown away by it. It was one of the best games of football I’ve ever seen. I got completely out of control.’

“They’re trying to keep him out of the Twitter accounts.

“I remember that Tweet where he signed it ‘W’ so you knew it came from Prince William personally.

“He said ‘they keep me away from it now and I have to fight them for it’.”

It comes as the prince was left stunned after a pensioner swore at him during a care home visit on Wednesday.

The Duchess of Cambridge, 38, and William were left in stitches after a pensioner swore at the heir to the throne during their visit to Shire Hall Care Home in Cardiff.

The royal couple had made a virtual visit and acted as bingo callers for the residents’ weekly session a few months ago during coronavirus lockdown.

But they got a kinder response from fellow resident Margaret Stocks, 95, winner of the virtual game, who told them: “I did enjoy it, I hadn’t played it before.”

“Neither had we,” replied Kate, saying “that’s why we were so bad” before William added: “We enjoyed it just as much as you did. It was a new experience for us.”

The couple both wore face masks during the visit to the care home’s garden, making it tricky to make themselves heard at times.

The duke, wearing a blue fabric face covering, told Ms Drew-Smith: “We have to wear masks because of the virus, but it’s difficult to hear sometimes when you can’t see someone’s mouth.”