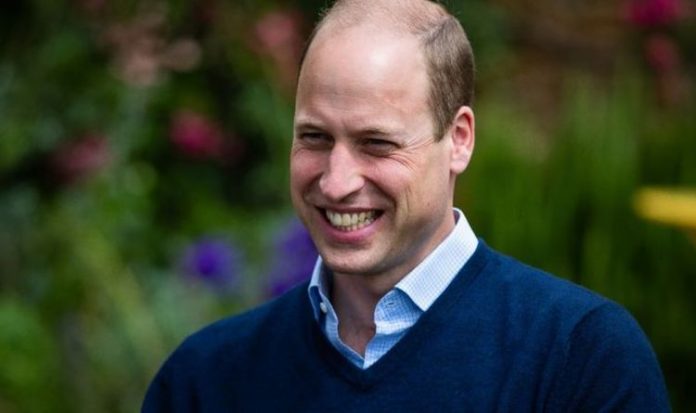 A photo of Prince William taken while he was out supporting his wife Kate’s event has sent Twitter into a spiral. The Duke and Duchess of Cambridge made a surprise outing to tour two sites in London where the Hold Still photos are being showcased. Royally Obsessed podcast hosts Roberta Fiorito and Rachel Bowie discussed fast food chain, KFC’s unexpectedly hilarious addition to the event.

Ms Bowie told listeners: “My favourite part is that they were right by a KFC.

“William looked through the window at someone’s KFC meal.

“Then KFC tweeted the picture of him looking through the glass.

“They wrote: ‘William whispered quietly to himself, ‘oh I just can’t wait to be wing”.”

She continued: “We’ve got to give their social media team a raise!

“I was crying with laughter when I saw that.

“Also that shot, that doesn’t make the major media outlets.

“I love that sort of introspective moment for him.”

‘Hold Still’ was a photography submission the Duchess launched back in May to capture a snapshot of the nation in COVID-19 lockdown.

It is understood 31,598 portraits were submitted to the project.

A final 100 images have been selected for a digital exhibition by the National Portrait Gallery and the Duchess, who is their patron.

Big billboards of all the finalist photos have been erected in 112 places around the UK.

A lot of them are in the photographers’ home towns as well.