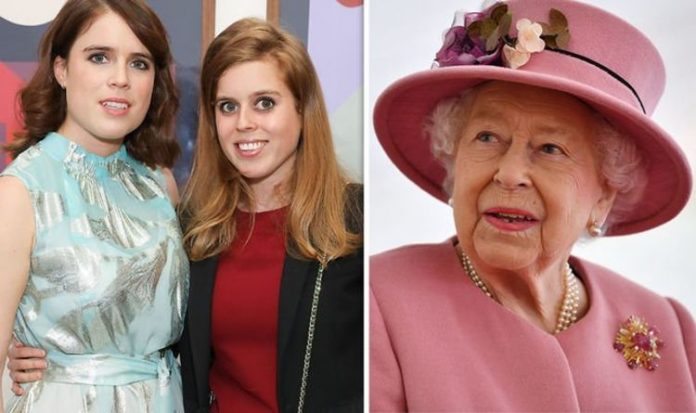 Princess Eugenie, 30, and Princess Beatrice, 32, are among Royal Family members who traditionally spend Christmas with Queen Elizabeth II, 94, and Prince Philip, 99, at Sandringham House. However, this year the treasured royal reunion is unlikely to go ahead due to the coronavirus pandemic.

The Government’s ban on more than six people gathering is expected to remain in place until the New Year and will dramatically impact most Britons’ Christmas plans.

Usually, Beatrice and Eugenie join the Queen at Sandringham in Norfolk on Christmas Eve and stay over until Boxing Day.

The royals all attend church together in King’s Lynn for the Christmas day service where they are greeted by crowds of excited fans.

Following the church service, the royals return to Sandringham for a lavish Christmas lunch.

They will only be able to host four family members at a time, which counts out a number of royal relatives, including the Cambridges who are a family of five.

While Prince William, Kate, Duchess of Cambridge and their three children – Prince George, seven, Prince Louis, two, and Princess Charlotte, five, can’t spend Christmas with the Queen, there are other family members who may.

The Wessexes could join as a family without breaking the rule of six.