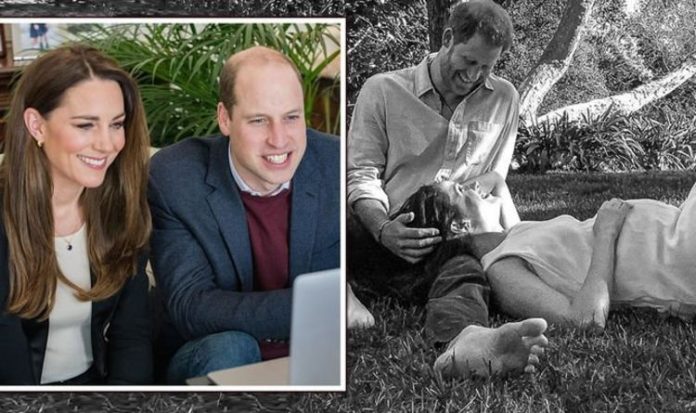 Ms Bowie said: “I do like that there is a similar age gap between [Archie and the second child].

“I think that points to Harry loving having William as an older brother and growing up together.

“They were pretty close in age and Archie will hopefully experience the same things.

“So I think that is exciting.”

Prince Harry is currently sixth in line to the throne behind his brother Prince William and his three children, Prince George, Princess Charlotte and Prince Louis.

The Duke and Duchess of Sussex’s son Archie is seventh in line.

Prince Harry and Meghan Markle’s second child will be eighth in the Royal Family succession line.

According to a royal commentator, the couple’s child will be Queen Elizabeth II’s first great-grandchild to be born abroad.

A spokesperson for Harry and Meghan said: “We can confirm that Archie is going to be a big brother.

Meghan Markle and Prince Harry chose not to have their eldest child, Archie Harrison, styled as an HRH when he was born.

The royal couple are expected to follow in the same path with their second-born.