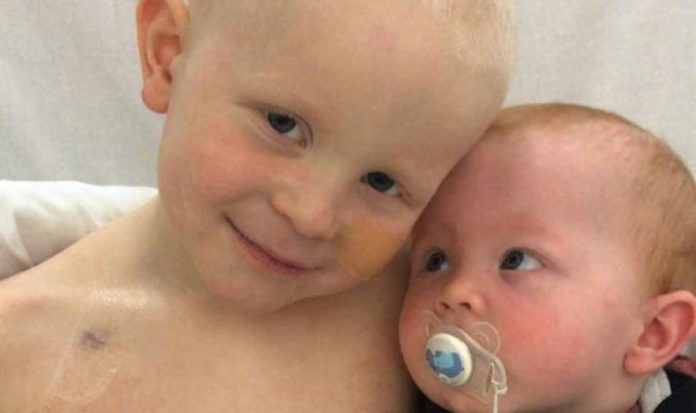 Following an intense year of chemotherapy and hospital visits his mum Katie White is hoping to give him a birthday surprise he won’t forget when he turns seven on the March 9.

Katie is asking people to write a few positive words in a card which Zachary will open on his birthday.

She said: “Zachary has been quite down in the dumps recently. We can’t celebrate his birthday this year as we would like to because we’re in lockdown and he’s on immunosuppressants.

“We really wanted to do something to celebrate Zachary’s birthday, so I came up with this idea – it’s something to really put a smile on his face and show him all the support he has behind him.

“I’m hoping there will be a big sack of cards and whenever he’s feeling down, he can look at them.”

Zachary was rushed to hospital with a suspected appendicitis in 2019. After blood tests, doctors discovered he also had leukaemia.

Katie said: “Zachary had been feeling poorly a couple days before going to hospital, but we thought he’d just picked up a bug like any child.”

Zachary had three rounds of chemotherapy, but it didn’t work as well as they had hoped. He was told he would need a stem cell transplant and was classed as ‘high risk’.

Katie hopes the positive words inside the cards will encourage Zachary to keep fighting the leukaemia battle.

Zachary is currently in remission and suffers with dry itchy skin. He is receiving ongoing treatment and hoping to start a new drug later this month.

For details on how to send a birthday card to Zachary follow Zachary Zoomers Army Supporters @zacsarmy on Facebook.