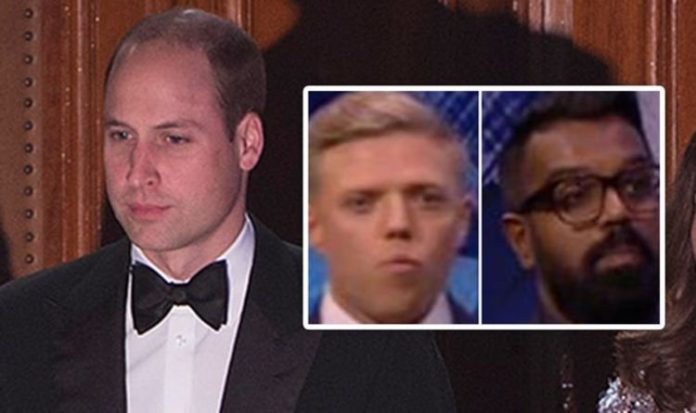 The Duke and Duchess of Cambridge attended last year’s annual performance, when comedians Romesh Ranganathan and Rob Beckett made jokes about the couple. It came after this year’s event broadcast, with the performance in Blackpool being pre-recorded in November. Recently HBO Max has come under fire for a new show The Prince, which mocks the seven-year-old Prince George.

During the Royal Variety Show, Mr Ranganathan and Mr Beckett cracked jokes about the Cambridge royals and their children.

Mr Ranganathan said the royal couple had “regrets” because of the strain of parenting.

He said; “Like me you’re blessed with three kids. I imagine every morning they come running into your bedroom and you look at their beautiful faces and say, ‘I regret this’”

“You got the babysitter until midnight or 1am? It’s worth that extra 20 quid.”

READ MORE: Prince George, Princess Charlotte and Louis will be pleased to have Kate and William back

William and Kate missed this year’s Royal Variety Show due to coronavirus restrictions forcing the venue to run at a lower capacity.

Prince Charles appeared in a pre-recorded video at the top of the show, where he hailed the “talented” performers for their dedication.

The Prince of Wales added: “On behalf of the Patron of the Royal Variety Performance, Her Majesty the Queen, I can only send the most special and heartfelt thanks to all of tonight’s incredibly talented performers who have come together in the splendid surroundings of the Blackpool Opera House to entertain, to inspire and, above all, to help those in need.

HBO Max recently came under fire from Hollywood executives over The Prince, which portrays George as a foul-mouthed and rude royal.

A rival producer at Disney Studios said: “It’s one thing for film-makers to play fast and loose with the truth in shows like The Crown but poking fun at a seven-year-old child seems cruel and unfair.

“Some things should be off-limits. It’s morally wrong to use a child to get cheap laughs.”

Gary Janetti, creator of the show, said in defence: “I would hope that he would find it super funny, and have a sense of humour about it, and obviously see that everything is meant with affection.” 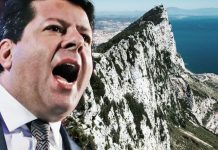 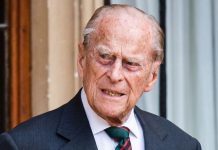