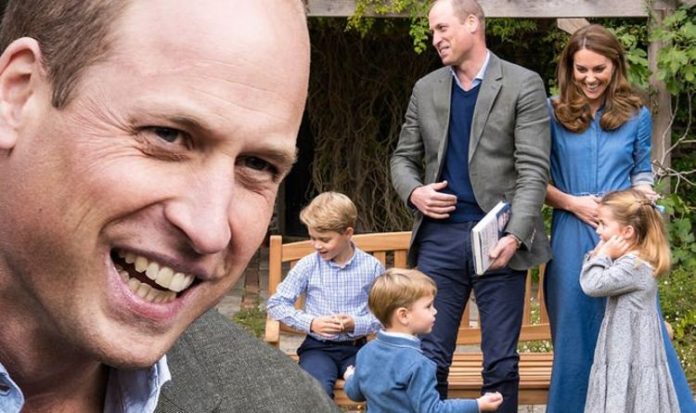 William said sugar highs can set his children off, especially during the long and often boring months of lockdown. He opened up during a call with Flight Sergeant Gemma Thomson, which was held to mark Remembrance Day.

He said his children go wild at parties and events, adding: “Then the sugar kicks in and it’s all chaos after that.”

The Duke of Cambridge previously admitted he “breathed a sigh of relief” as schools reopened following five months of closure due to the coronavirus pandemic.

As the country entered a national lockdown back in March, schools were forced to close in order to stop the spread of the deadly virus.

Some parents have admitted they found the lockdown months difficult.

But when schools reopened in September, Prince William admitted it has been a “long five months”.

While visiting Belfast to mark Emergency Services Day, William said: “I think every parent is breathing a sigh of relief that school has started again.

“Five months – it’s been wondering, but it’s been a long five months.”

“The on-deck PT was always quite a fun afternoon.

“I think after a number of lockdowns I might need your PT skills to help get back into shape again.”

Mr Bell replied: “Always on the end of a Zoom call, Sir, whenever you’re ready.”

Traditional royal parenting techniques can be seen in Kate, the Duchess of Cambridge’s parenting, but she has also added new rules to the way she manages the royal children.

“This is clear through her affectionate and hands on approach when at royal engagements or events.”

The children will also attend events and engagements with their parents.

The parenting expert added: “In public, Kate appears regular and relaxed; she has a playful nature that comforts her children during what are abnormal circumstances.

“She is not shy of laughing, grinning, and dancing with her family at royal appearances, something that is rather unusual for someone in the public eye, let alone a royal.”