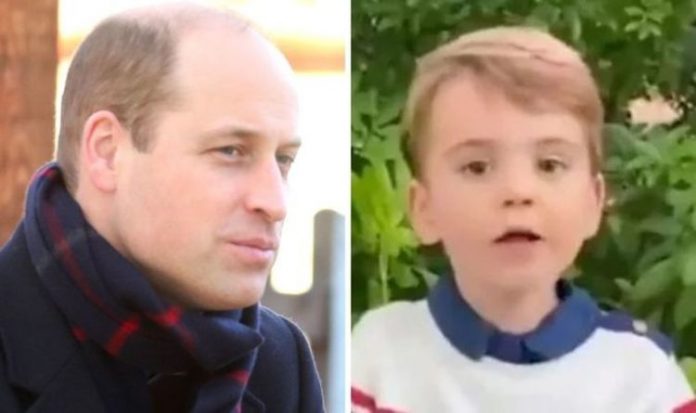 For centuries, members of the Royal Family have been showered with gifts from the people they meet while on public duties, as well as the dignitaries and diplomats visiting Buckingham Palace on official duty. Examples of this can be traced throughout British history, including when the Queen received a piece of cotton lace spun and embroidered by Mahatma Gandhi for her wedding ceremony in 1947. Such was the Queen’s understanding of how important an artefact the piece had become, she gave it as a gift to India’s Prime Minister Narendra Modi in 2018 – a year which marked the 70th anniversary of the icon’s death.

And although the majority of gifts are of the utmost importance and show respect to the Royal Family, Prince William was once left red-faced after he visited West Bromwich Albion Football Club while working on his mental health project.

William, and eldest son Prince George, are avid fans of West Brom’s fierce rivals Aston Villa, and so the future King was left blushing after he was given two football shirts to give to his other children Charlotte and Louis.

The club’s then-CEO, Mark Jenkins, teased William as he handed over the club’s merchandise.

He joked: “I don’t think we’ve got a chance with your eldest.”

While at the club William also discussed his mental health campaign, which he aims to bring to footballers, before adding that he “hoped you could move on” from the fact he is an Aston Villa fan last year.

Gifts are routinely given to parents within the Royal Family, with the aim of those presents being passed on to the children.

To mark the Queen’s 90th birthday, for example, the Kingdom of Jordan, celebrated the occasion by giving Her Majesty a ceramic figure of her eldest son Charles alongside the lovable character Postman Pat.

But on occasion the gifts of treasured possessions can backfire.

Earlier this year, Sir David Attenborough visited Kensington Palace as he hosted an outdoor screening of his new ‘A Life On Our Planet’ documentary for the Cambridges.

While there, Sir David gave Prince George a tooth from a shark, scientifically known as carcharocles megalodon.

Posting on Instagram, the Cambridges wrote: “Sir David found the tooth on a family holiday to Malta in the late Sixties, embedded in the island’s soft yellow limestone which was laid down during the Miocene period some 23 million years ago.

“Carcharocles is believed to have grown to 15 metres in length, which is about twice the length of the great white, the largest shark alive today.”

But upon hearing of where the piece was found, Malta’s culture minister Jose Herrera demanded his nation “get the ball rolling” in order to bring the artefact back to its home.

He added: “There are some artefacts that are important to natural heritage which ended up abroad and deserve to be retrieved.”

However, in the following months it was confirmed that no action would be taken, paving the way for George to enjoy his gift.

And his godmother once joked about what she would get George, Charlotte and Louis for birthday presents, taking a leaf out of their grandmother Diana’s book.

Julia Samuels, a friend of Princess Diana’s, talked about present-buying while on the How To Fail With Elizabeth Day podcast, which also touched on her relationship with the Cambridge’s children.

She said: “I do to George what [Diana] did to us, which is give impossible toys that are really noisy and take a lot of making.

“William then has to spend days putting together. And then put all the machinery together, and it makes awful tooting noises and lights flashing and all of that.”