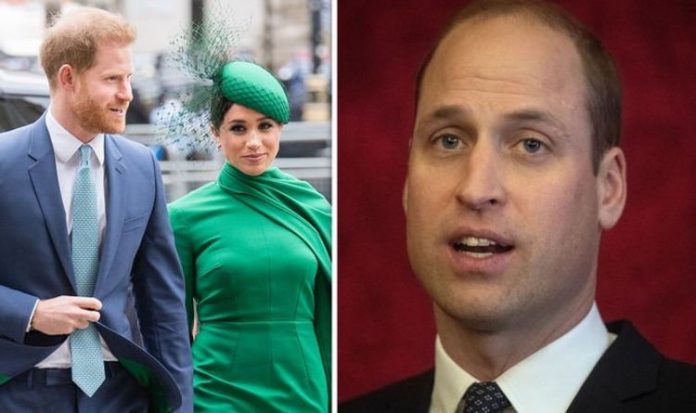 According to the author, Prince William made a heartbreaking confession to a friend about no longer feeling able to support Harry’s behaviour.

Mr Lacey writes: “‘I’ve put my arm round his shoulder all our lives together,’ said the prince to a friend, explaining why Harry and Meghan’s behaviour and the succession of erratic decisions surrounding Archie’s birth and christening – particularly the weird concealing of the godparents – had led to the rupture between the brothers that Harry would describe later that year as the pursuit of ‘different paths’.

Prince Harry and Meghan have been based in the USA since March and are expected to remain there for the foreseeable future.