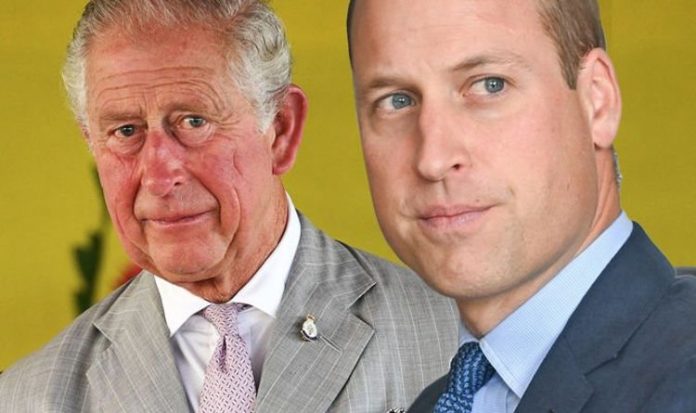 William tested positive at the peak of the pandemic at a time when more than 1,000 people were dying from coronavirus a day in Britain.

The prince is understood to have kept his diagnosis quiet because he didn’t want to cause worry.

The Duke of Cambridge isolated for seven days at Anmer Hall in Norfolk where his wife Kate, Duchess of Cambridge and three children – Prince George, seven, Princess Charlotte, five, and Prince Louis, two, were also staying.

Kensington Palace confirmed that while William tested positive for COVID-19, none of his children nor his wife caught the virus.

READ MORE: Did Kate Middleton, George, Charlotte and Louis have COVID-19 too?

While many have questioned William’s decision since it was revealed at the weekend, one royal commentator has claimed the way the Duke kept up with royal duty despite his diagnosis will be “widely appreciated by the public.”

According to royal commentator Richard Fitzwilliams, William’s decision was a lot to do with timing and must be understood in a wider context.

Mr Fitzwilliams told Express.co.uk: “The revelation that Prince William tested positive for COVID-19 but did not reveal it will raise questions about how far the right to privacy in such circumstances extends to senior members of the Royal Family.

“There are those who believe that, as he is the second in line to the throne, this should have been public knowledge.”

Mr Fitzwilliams added: “He spent seven days self-isolating and totally recovered, though there were accusations that he had used his position to secure priority testing.

“Any country, however, would have given this to someone in his position.

“Against this background, and with a national lockdown in place, had it been known William, our future king, had tested positive, it would have led to more concern which happily proved needless.”

Mr Fitzwilliams claimed that William’s decision revealed a deeply private side to the dutiful future king.

The expert said: “William is reported to have said that he did not want to worry anyone.

“He did, however, give an interview with the BBC in mid-April where he expressed his anxiety about this father’s condition owing to his age, but omitted to mention that he had been afflicted at what has been reported to be a similar time.

“He continued to carry out engagements including some 14 telephone and video calls whilst self-isolating.

“His ‘keep calm and carry on’ attitude while keeping safe in line with government advice will, I think, be widely appreciated by the public, it appears to exemplify his grandmother’s dedication to duty whilst showing how fiercely he guards his own privacy.

“The way he has done it will, however, undoubtedly be controversial.”