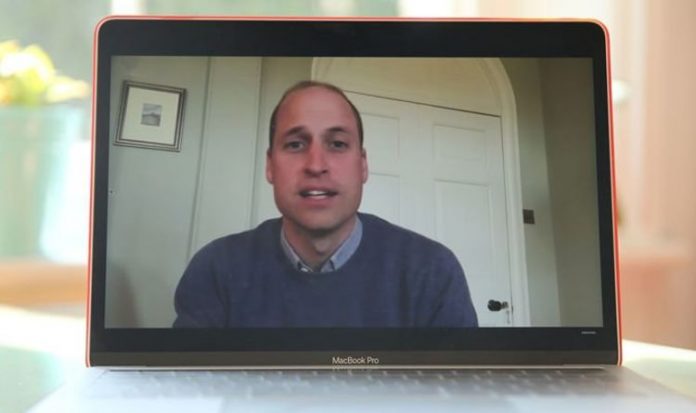 William spoke to business owners in Liverpool after the city and its region were forced into the very high Tier 3 restriction under local lockdown rules. All pubs and bars in the city are closed, unless they can serve meals, with households banned from mixing indoors and outdoors. During a video call with entrepreneurs on Monday the future King discussed the challenges the entertainment industry is facing because of an explosion of coronavirus cases in a second wave that has piled on the economic pressures felt since the national lockdown began in March.

The Daily Express has been campaigning to save theatres in its Raise The Curtain crusade and other parts of the entertainment industry, including pubs and football clubs, have warned they are in danger of going out of business.

William, 38, spoke to DJ Yousef, who runs Liverpool’s Circus club nights, and Natalie Haywood, an entrepreneur who runs the wedding, events and restaurant venues Leaf, Oh Me Oh My and One Fine Day

The second in line to the throne got in touch with them after hearing of the struggles of businesses up and down the country.

Miss Heywood has been forced to make 40 redundancies from her staff of 200.

She said: “William was extremely empathetic to our situation and really wanted to listen to what is actually happening on the ground.

“He was very focused on the wellbeing of things and spoke of the mental health catastrophe Britain will face if people aren’t allowed to experience social aspects of their lives.

“Yousef told him that music, socialising and being with friends is absolutely central to dealing with people’s mental health and William agreed with that.

“The entertainment and leisure industry is the rocket fuel for the city and many other cities like ours throughout the country and without them whole sections of society are going to suffer.

“The Duke was really keen to understand the detail of how everyone is coping and what is being done by the government and on a local level.

“He seemed particularly impressed with the way Liverpool is supporting businesses, like the ‘Without Walls’ campaign for restaurants to use pavements and roads for outside dining which was a great help before the current restrictions.”

Miss Haywood said that despite temporarily closing her flagship Leaf venue on Bold Street to protect the business and secure staff wages, she is facing the prospect of making 85 more redundancies.

She said: “William agreed that we won’t really see the true effects of the virus for many months but was encouraged that businesses are pulling together by trying to help one another.

“The problem for a lot of businesses is being strangled by being in Tier 2 and people not being sure or able to get out and socialise, but they are being told to stay open with no support – this will be absolutely catastrophic for many businesses throughout the country.

“Hotels are already operating at massive losses, retail at below 40 per cent.

“William even asked what he could do to help, but it was a big boost for him to take the time and listen to us for more than 45 minutes and I hope we can raise the profile of what is going on and how many businesses are suffering out there so they can get the help they need.”

She urged hospitality business owners to apply for the Liverpool City Region Hospitality and Leisure Support Grant in a bid to save hundreds of businesses and thousands of jobs.