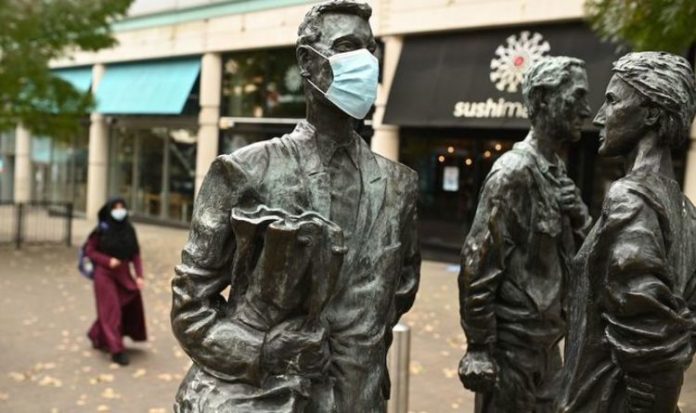 Nottingham has suffered disproportionately from the second wave of COVID-19, as the virus tears through the Midlands and northern England with hundreds of cases per 100,000 people. Several regions and cities have now entered lockdown, many of which have tested the limits of the new tiered system just weeks after its debut. Nottingham is not one of them, however, despite residing in the danger zone.

Why is Nottingham not in Tier 3?

Nottingham has so far avoided the severe restrictions of Tier 3, despite a spiking case rate.

At the time they exceeded Liverpool – now a Tier 3 city – by 200, but officials placed the area in Tier 2 on October 12.

READ MORE: Will England go back into lockdown?

She said hospital capacity would quickly drop if the virus managed to sweep through the older population.

And the only way to avoid this would be if people changed their behaviour.

Ms Challenger said: “Everyone in Nottingham should be in no doubt that the Government will move us into the highest level of restrictions if the infection rate doesn’t start to slow down soon.

“We still have the highest rate of infection in the country which is not where we want to be.

“If people carry on with their lives unchanged, then it won’t be long before we would expect to see more infections in the older population, and this could easily lead to problems with capacity at our hospitals which may tip us into Tier Three.

“We should all want to avoid that, not only because more people will suffer and possibly become critically ill from the virus, but also because the imposition on our daily lives and on local businesses will be far greater than the current restrictions are.”