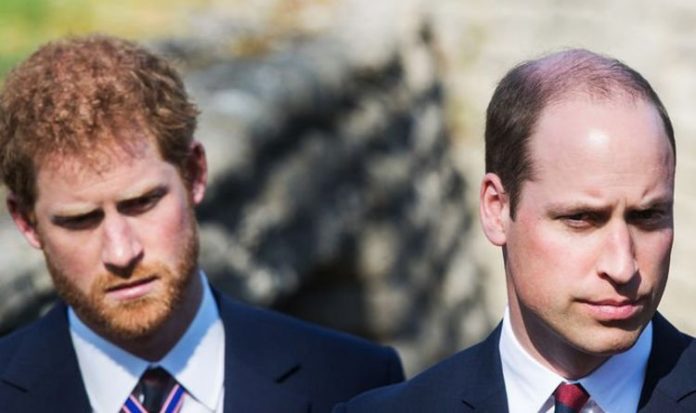 The sibling feud between Prince William and Harry has dealt a “devastating blow” to the Royal Family’s relationship with the British people. Dylan Howard, author of Royals At War, told Channel 5 documentary, Meghan and Harry: The New Revelations that the ongoing feud is tearing at the “very fabric” of the Royal Family. He noted that the division of the two leading royals had hurt the Royal Family’s reputation in the wider Commonwealth as well.

Mr Howard said: “This feud was a devastating blow to the British people and indeed members of the Commonwealth because they have looked to William and Harry as being the successors.

“So, to see a divide between them really did tear at the very fabric of the British public’s relationship with the Royal Family.

“I believe the feud comes from the difference between the brothers.

“William knows one day he will become King, Harry knew it was very unlikely that he would ever sit on the throne.”

Mr Howard discussed how this different responsibility allowed Harry “to live a life free of these shackles – he was the rogue and renegade prince”.

Claims of a royal sibling rift were confirmed during a tour of southern Africa in September 2019, when Harry spoke openly about him and William being “on different paths”.

Royal author Robert Jobson said earlier this week that there “must be something really deep down that’s offended Harry” to stay away from his brother for so long.

Mr Jobson told US Weekly that someone within the Royal Family has to step up and mend the relationship before it is “too late”.

The brothers are expected to be reunited this summer for the unveiling of a statue they commissioned in honour of their late mother.

However, Meghan and Archie are not expected to make the trip over to the UK.

The last time Harry and William were seen together in public was at the Sussexes’ final royal engagement in London in March 2020.

The pair attended the annual Commonwealth Day service at Westminster Abbey shortly before leaving for their new life abroad.