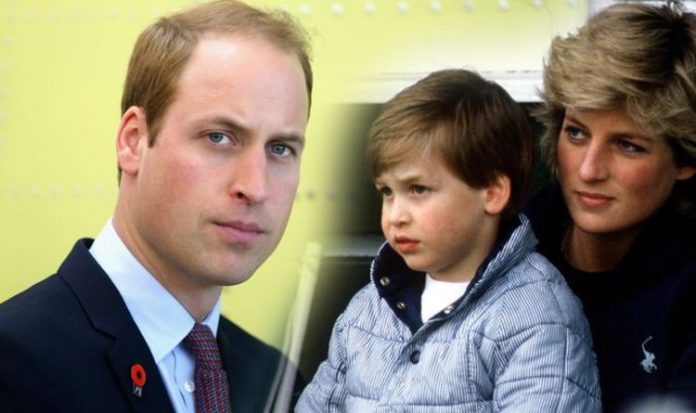 Princess Diana’s tragic death is one of the most heartbreaking news stories of the century. The People’s Princess died exactly twenty-three ago in a car crash in Paris. A week later, she was honoured with a public funeral that remains one of the most-watched events in history, as an estimated 2.5 billion people worldwide viewed or listened to the service, while another three million crowded the streets of London to follow the procession.

Princes William and Harry famously walked behind their mother’s coffin as the procession made its way through.

They were accompanied by their father, Prince Charles, and their grandfather, Prince Philip, in addition to Earl Spencer, Diana’s brother.

Throughout the years, Prince William always refused to talk in public about his grief.

However, he changed his mind in 2014 when he became the Royal Patron of the Child Bereavement Charity.

One of Princess Diana’s best friends, Julia Samuel, was a founding patron.

With remarkable candour, Prince William revealed how difficult he found dealing with his mother’s death.

Writing in the Daily Mail, he recalled: “Never being able to say the word ‘Mummy’ again in your life sounds like a small thing.

JUST IN: Charles called marriage to Diana a ‘greek tragedy’ in secret letters

“However, for many, including me, it’s now really just a word – hollow and evoking only memories.

“Initially, there is a sense of profound shock and disbelief that this could ever happen to you.

“Real grief often does not hit home until much later. For many, it is a grief never entirely lost.

“Life is altered as you know it, and not a day goes past without you thinking about the one you have lost.”

He added: “I know that over time it is possible to learn to live with what has happened and, with the passing of years, to retain or rediscover cherished memories.”

The future kING and his brother Harry were on holiday at Balmoral with the Royal Family on August 31, 1997, when the news came through.

Hours later, their father Prince Charles was forced to break the news that she had died.

A senior royal aide said about Prince William joining the charity: “Clearly it is a charity very close to his heart and William wanted to express that in a very personal way by writing about his own experience for the first time.”

Prince Harry has spoken only a handful of times about the effect of Diana’s death on him and his brother.

Last week, the two princes released a rare joint statement about the statue that will be installed in the garden of their mother’s former home, Kensington Palace.

The announcement was made just three days before the anniversary of her death.

The statement explains: “The statue will be installed in the Sunken Garden of Kensington Palace on July 1 2021, marking The Princess’s 60th birthday,

“The Princes hope that the statue will help all those who visit Kensington Palace to reflect on their mother’s life and her legacy.”

The announcement was the first time William and Harry spoke publicly together since Harry and Meghan Markle separated themselves from the Royal Family earlier this year.