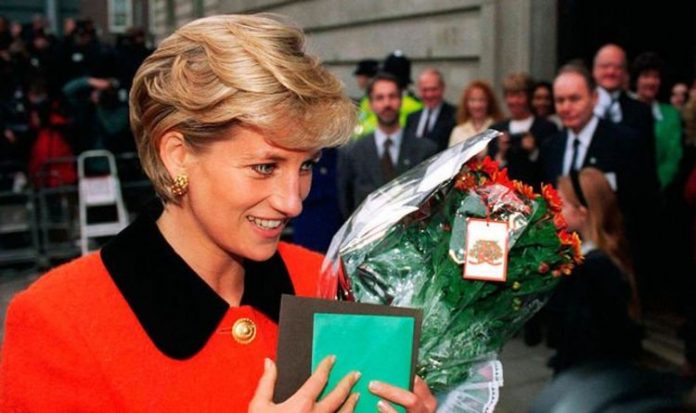 Princess Diana would give her full attention and time to everyone she was meeting, no matter who they were or what they were doing, May Lloyd, the widow of the former national director of The Leprosy Mission, Tony Lloyd, said. Recalling memories of the late Princess on the 23rd anniversary of her death, Mrs Lloyd spoke of the long-lasting impact the Princess of Wales had on people she met.

Mrs May told Express.co.uk: “Diana left people with the feeling they mattered and were important, she understood what they were going through – whether she was speaking to a fellow mother or to a person affected by leprosy.”

Moreover, Diana had “great empathy” and had no problem putting herself on the frontline if she needed to, Mrs Lloyd added.

Mrs Lloyd continued: “She had great empathy with people.

“She didn’t mind shaking hands, cuddling, sitting on the beds of people who were ill.”

This key trait of the late Princess of Wales hugely helped causes championed by patronages such as The Leprosy Mission.

Similarly to what she had done with AIDS patients in 1987, Princess Diana marked a turning point in the public perception of leprosy thanks to her humanity and knowledge of the disease.

While visiting a Leprosy Mission hospital in Sitanala, Indonesia, with Prince Charles in 1989, Diana was photographed shaking hands and touching bandages of people affected by the disease.

These simple gestures had a great impact around the world, as they made it clear the myth leprosy can be spread with contact was false.

Speaking about the so-called ‘Diana Effect’ the Princess of Wales had on the Mission, Charlotte Walker, communications officer at the charity, had previously written: “Staff working at the hospitals say Diana’s visits to leprosy patients had an unquantifiable ripple effect.

“By the simple act of holding someone’s hand, she showed to the world that leprosy was not a disease to be feared.

“For people who were scared they had leprosy but could not face the shame of going to a leprosy hospital, suddenly it was OK.

“After all it can’t be that bad a place, an English princess had been there.”

One year after her trip to Indonesia, the Princess of Wales decided to become the patron of The Leprosy Mission and remained at the helm of this charity even after her divorce to Prince Charles in 1996.

Her attempts to raise awareness on this disease coincided with a pledge made by leaders worldwide to eliminate leprosy as a public health problem by 2000.

Princess Diana’s death, however, appeared to have had an effect also on the advancement made in regards to leprosy.

As outlined by Ms Walker, following Diana’s fatal car crash public perception the issue of leprosy had been dealt with started to grow stronger.

She added: “In the meantime, the number of new cases where people have already developed an irreversible disability is rising demonstrating the desperate need to diagnose and treat sooner, something our staff across Asia and Africa work tirelessly to achieve.”