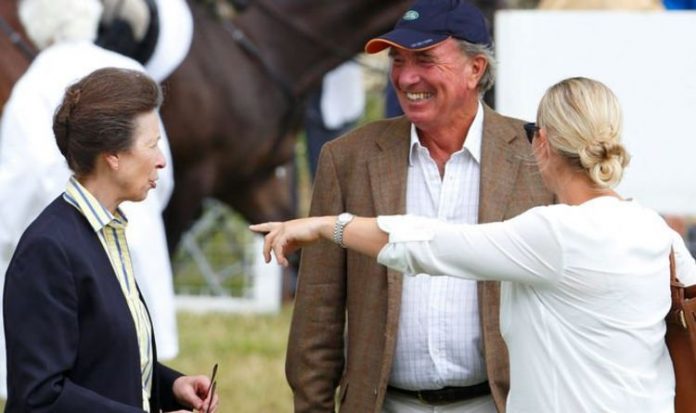 Anne looks stern while Mark wears a signature grin as they stand beside each other at Badminton Horse Trials in 2013.

While Anne teams her cap and sunglasses with a casual raincoat, Mark looks relaxed in a comfy fleece and jeans.

They both appear to be absorbed in the ongoing equestrian event around them.

In this photo, Zara and Mark are both captured laughing at Anne who appears to be a touch exasperated.

Mark reaches his hand in the air as he and Zara prepare to walk away from Anne who seems to be holding her nose in joking dismay.

Anne and Mark appear to be deep in conversation as they stand together at Gatcombe Park in 2014.

Anne looks intently towards his her husband who seems to be smiling back at her.

While the Princess Royal holds a serious expression, Mark seems to be grinning.