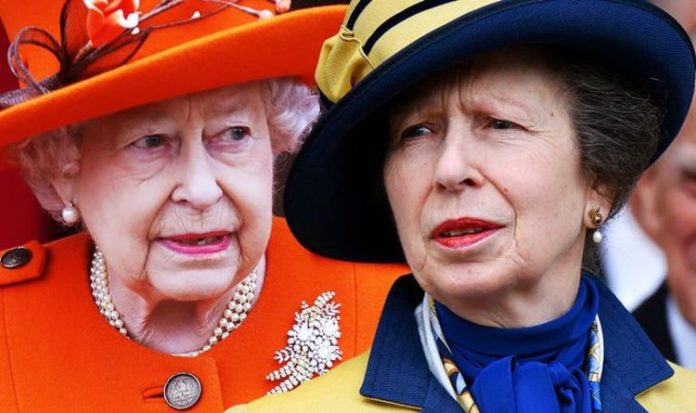 Princess Anne is the only daughter of Queen Elizabeth II. In August, on her 70th birthday, Anne was promoted by the Army and Royal Air Force to the role of general and air chief marshal. This brought her ranks in line with her rank in the Royal Navy.

It is a tradition that senior royals are treated as military members and receive promotions as they get older.

Her younger brother Prince Andrew was due to be promoted earlier this year on his 60th birthday, but it was deferred.

It was no surprise that Anne took on yet another role.

Her life has been characterised by hard-work and tenacity.

Princess Anne: The Queen’s only daughter revealed the difficulty in giving up her royal duties (Image: GETTY)

She is patron of over 200 organisations.

Many of these aim to improve transport and health in developing countries, and the well-being and education of children.

Yet, as she grows older, there is an expectation for her to shed some of her duties for younger royals to pick up.

This is no easy thing to do, she revealed, during a BBC documentary that marked her 60th birthday in 2010, ‘Inside Sport: The Princess Royal at 60’.

The Queen: Anne and the Queen are known to have had a good mother-daughter relationship (Image: GETTY)

On discussing the people Anne worked with, interviewer John Inverdale quizzed the royal on how long her hand might last in the various organisations.

He asked: “They appreciate enormously having you as their patron and what that brings to their organisation, do you not worry sometimes that you may spread yourself too thinly?”

The Princess admitted that she found it increasingly difficult to give up her work commitments.

She said: “I think it’s a perfectly justifiable concern and I think I’ve pretty much stopped taking anything on.

Royal sport: Anne has been a keen sportswoman all her life, having won awards in equestrian (Image: GETTY)

“Only every time I say that someone or other, the Queen Mother or perhaps my father say ‘perhaps it’s time you cut down but, by the way, we need you to do this’.

“It’s not as easy as you’d like it to be – it’s quite difficult to give things up.”

Later on in the interview, Mr Inverdale asked the royal whether she believed that, at her age, there was any reason to slow down.

She drew attention to the rest of her family, and said: “Look around at the members of my family who are considerably older than me and tell me whether you think that sets an example that suggests I might.

“It’s unlikely,” she added with a laugh.

Anne said that while some of her hard-working nature was in the genes, a lot of it came down to having an “interested and enthusiastic and funny family”.

Many have observed that Anne has passed her work-ethic on to her two children, Peter Phillips and Zara Tindall.

The pair don’t have the royal titles their cousins Prince Harry and William, Princess Eugenie and Beatrice have.

Zara has previously shared her gratitude to her mother for not giving her the title of Princess Zara.

She told New Zealand’s 1 News in 2015 that she had been able to live a fairly “normal” life as a result.

“Also having Mia – it’s great to be able to do them both so closely. It’s a good lifestyle to have kids around too.