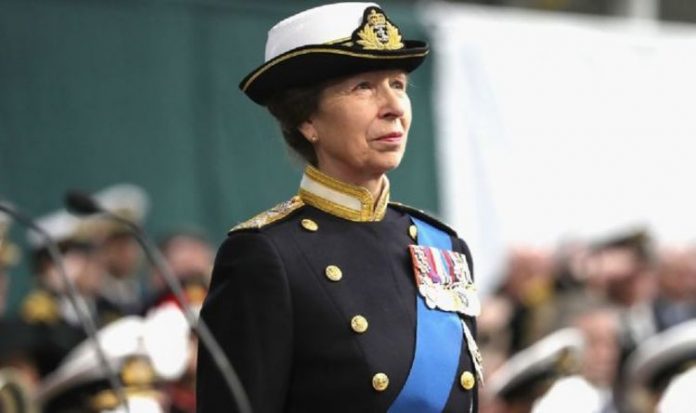 These characteristics have served her well in life as a working Royal, allowing her to seamlessly navigate the ups and downs of intense public and media scrutiny. To those can be added an nonchalant indifference to the opinions of others. Recently, Anne released a photo of herself watching the rugby game between Scotland and England on social media, while at home with her husband Commander Timothy.

The photograph revealed details of her living room at Gatcombe Park, sparking a flurry of comments by Royal fans.

However, it is highly unlikely that the Princess Royal paid much attention, if any at all, to what others might think of her decorative tastes.

In an interview with the Independent, Joe Little, managing editor of Majesty Magazine said: “I think that really wouldn’t matter to Anne, what people thought of her, she wouldn’t give a damn.

“She’s down to earth in so many ways and very matter-of fact.”

Princess Anne is the second child of Queen Elizabeth II and the Duke of Edinburgh.

She is also the 14th in line of succession to the British throne and, since 1987, has been the Princess Royal.

In a candid interview, Princess Anne admitted that, as a young royal, she felt she struggled to meet expectations of her.

She continues to carry out her duties with gusto and vigour, with a schedule of roughly 500 engagements annually.

The Princess has two grown up children, Peter, 42, and Zara Tindall, 38, all from her first marriage.

After her divorce from Captain Mark Phillips, she remarried Commander Timothy Laurence, who has been her husband for over 25 years.