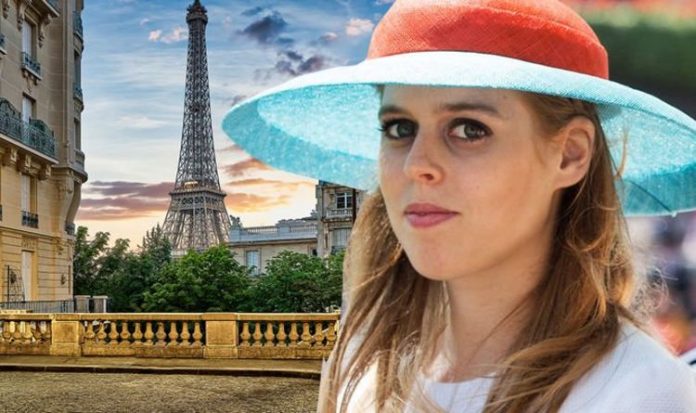 During the Royally Obsessed podcast royal experts Rachel Bowie and Roberta Fiorito discussed Princess Beatrice’s honeymoon destination, which is rumoured to be France. The United Kingdom has imposed quarantine restrictions on France that will come into force on Saturday.

Ms Fiorito asked: “How do you think Bea spent her birthday?”

Ms Bowie replied: “I am wondering if they are still on their little lowkey honeymoon in France.

“They were there last week or the week before, but we heard from sources that they would be going to a bigger more luxurious large-scale honeymoon later this month.

“I am wondering if they are on that yet, it sounds like it might be at the end of August.

“So that is really exciting, and I hope there is some news about this bigger honeymoon.”

If the couple are still in France then they will have to go into quarantine for two weeks immediately after arriving back in Britain.

The move to add France to the quarantine list has sparked a rush of Britons scrambling to get home before the restrictions are imposed.

Boris Johnson insisted the Government could not allow the UK’s population to be “reinfected or the disease to come back in”.

Mr Johnson added: “That is why the quarantine measures are very important and we have to apply them in a very strict way.”

Spain is already on the quarantine list after being added with just a few hours’ notice in July following a surge in coronavirus cases.

Travellers into the UK from the Netherlands, Monaco, Malta, Turks & Caicos and Aruba will also have to quarantine for 14 days from 4am on Saturday.