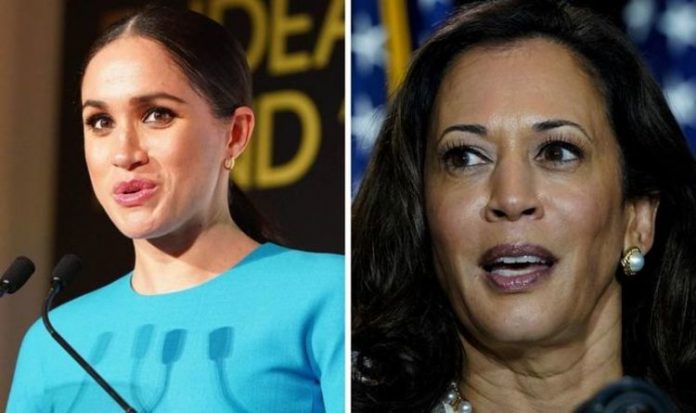 Royal commentator Richard Fitzwilliam’s has claimed Meghan may have her eyes set on the White House and could run as a Democratic candidate in future.

Off the back of a powerful speech Meghan gave to girls and young women at these year’s virtual Girl Up summit, Mr Fitzwilliams said: “Her speech by video link to the UN sponsored leadership campaign, Girl Up, was intended to inspire her audience.

“It was about organising to change things radically, alter power structures and not only have a debate about equality but be in charge of it.

“She urged her audience to challenge the norms saying we were on the ‘precipice of transformation’ at the moment and stressing how mutually beneficial true equality can be.

“Quoting the Dalai Lama who said ‘compassion is the radicalism of our time’, this was also a call to activism in several areas, support for Black Lives Matter, reform of the criminal justice system, more resources to tackle mental health issues and helping end gun violence.”