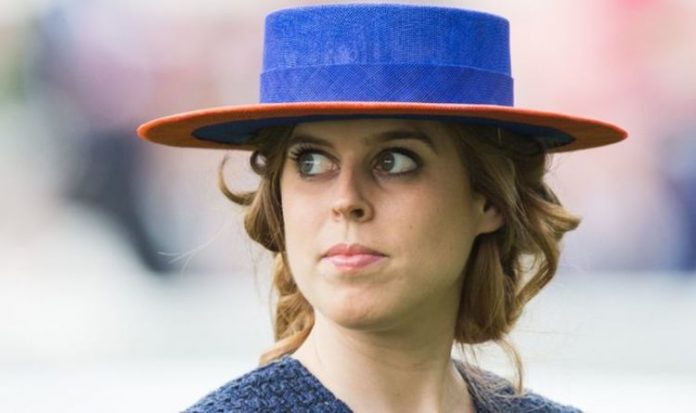 Princess Beatrice may have stumbled into a “grey area” regarding London’s coronavirus restrictions. The royal was pictured in a restaurant with people who were not in her support bubble, something that had not been allowed under Tier 2 rules, which the capital had been under at the time. Royal Rota podcast hosts Chris Ship and Lizzie Robinson discussed why the princess may actually be “in clear for now”.

Mr Ship told listeners: “Buckingham Palace said Princess Beatrice was having a work meeting inside the restaurant with people who were also quite close friends and associates.

“There was a photograph on the front of showing Beatrice out for dinner.

“So there were questions over whether she was breaking COVID-19 rules.

“But at the time the Government guidelines were that gathering for work purposes were allowed when they are reasonably necessary.”

He continued: “The meeting was for Edoardo, her husband’s work. He’s CEO of a property firm, and his work involves client relationships such as this.

“We’re told it was a work-related business development meeting.

“Do we think this was reasonably necessary? Can you not have had that on Zoom?”

Ms Robinson answered “potentially”, but pointed out that many people have found online meetings to be “tricky”.

Mr Ship agreed: “Tier 2 meant you should try to work from home, but in Tier 3 you pretty much have to.

“That was kind of left hanging. If it was a work meeting then fine, but if it wasn’t then they clearly have questions to answer.

“But Buckingham Palace insisted it was so unless anyone can come up with any proof otherwise than she is in the clear for now at least.

“There have been some big names that have been caught out by the rules, but her reason does stand up against the guidelines.”

Buckingham Palace confirmed that social distancing measures were in place in accordance with all government guidelines.