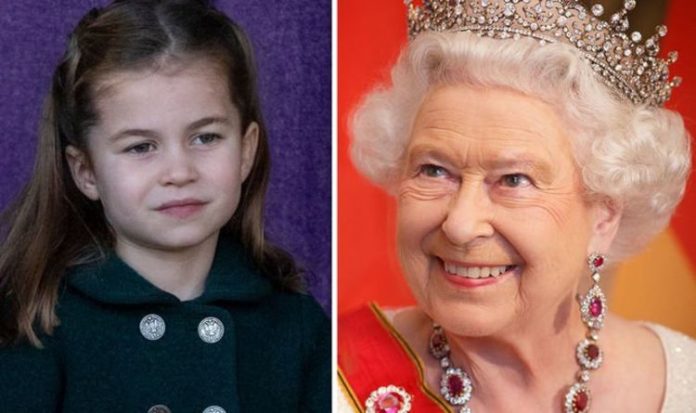 Kate, Duchess of Cambridge, 38, and Prince William, 38, are the proud parents of three youngsters – Prince George, seven, Princess Charlotte, five, and Prince Louis, two. George, Charlotte and Louis are currently third, fourth and fifth in line to the throne and Charlotte’s place in the line of succession ahead of her brother Louis is hugely significant.

Before 2013, the law of male primogeniture meant that royal sons took precedent over their sisters in the line of succession.

This meant that despite being Prince Philip and Queen Elizabeth II’s second child Princess Anne, 70, was pushed down the line of succession by her younger brothers – Prince Andrew, 60, and Prince Edward, 56.

However, in 2013 a new act prompted a huge overhaul to the constitution which came into effect while Kate was pregnant with Prince Charlotte in 2015.

Mr MacMarthanne told Express.co.uk: “The 2013 Act sought to bring multiple pieces of outdated and discriminatory legislation relating to the monarchy up to date.

“Through this Act male primogeniture was abolished, allowing the firstborn child irrespective of gender to become heir apparent.

“The disqualification from inheriting the throne by marrying a Catholic was removed, and the Royal Marriages Act of 1772 was repealed.

Mr MacMarthanne added: “The latter resulted in only the first six in line to the throne being required to obtain the sovereign’s permission.”

While Prince Charlotte hasn’t lost her place in the line of succession due to male primogeniture she is still prevented from inheriting her father’s peerages.

The law of male primogeniture still applies to royal titles and means they can only be passed down from man to man.

A campaign called Daughter’s Rights is working to put an end to male primogeniture in the UK and make it possible for daughters to inherit peerages.

Daughter’s Rights founder Campaigner Charlotte Carew Pole said: “It doesn’t matter where you are in society, whether you’re a princess is beside the point, prejudice against girls in favour of boys shouldn’t be allowed.”

Ms Carew Pole added: “It is hugely symbolic legislation but Parliament must do as it says and end the last state-sanctioned gender discrimination.”

When Prince William becomes king, George will automatically inherit the Duke of Cornwall and Rothesay titles.

While there is a chance Princess Charlotte will become the Princess Royal after Princess Anne, the title will not be passed on until after Anne’s death.

Prince Louis could be made a duke if he one day decides to marry but is unlikely to inherit any titles from his father Prince William.