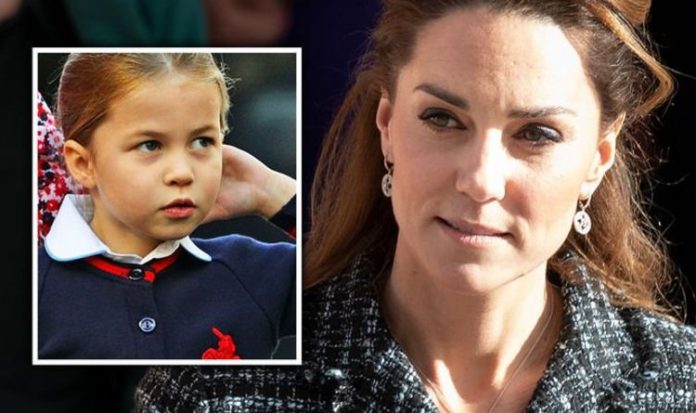 As the Duchess of Cambridge walked her daughter to class on her first day, a small, sparkly unicorn keyring could be spotted on Charlotte’s navy backpack.

The charms, which can be found on Amazon for as little as £65 per keyring, come in different colours, including pink like Charlotte’s.

Princess Charlotte has previously been revealed as a huge fan of unicorns and was last year seen carrying a unicorn purse.

TY confirmed the purse came from them, writing on Instagram: “If you’ve ever wondered whether or not you have good taste in accessories, you can now be certain that you’re just as impeccably accessorised as the royal family!