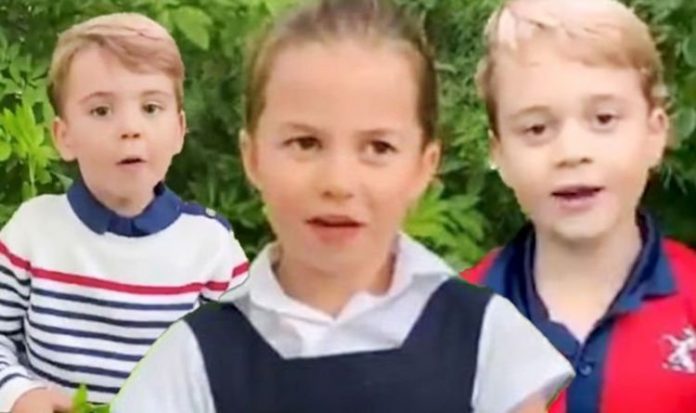 The three Cambridge children all spoke on a recent video clip with Sir David Attenborough, and several speech and language experts have analysed their pronunciation. It is claimed Princess Charlotte, five, has a very similar accent to her mother, Kate, Duchess of Cambridge.

Kate is known for speaking the Queen’s English, and her daughter appears to have picked up on her pronunciation.

Dr Geoff Lindsey, pronunciation specialist, said the young royal sounds markedly “posher” than her two brothers, with a very similar accent to the Duchess of Cambridge.

By contrast, Prince George, seven, and Prince Louis, two, appear to have adopted more of an Estuary accent.

He pointed out the oldest Cambridge child pronunciation of the letter “L” is typical of Estuary English.

Dr Lindsey said: “The main feature in George’s speech which is vaguely Estuary-ish is his ‘L’ vocalisation.

But the expert points out such an accent is quite widespread.

He said: “However this is very widespread nowadays; you can hear it in the speech of Boris Johnson and George’s father, Prince William.”

JUST IN: Princess Charlotte: The old-fashioned rule young Princess MUST obey by

“This is not unexpected as William and Harry both have features of Estuary English in their accent.

Professor Setter added that Charlotte and Louis both sound “entirely typical” for children of their age from a Standard Southern British English accent background.

The Queen’s English is more commonly referred to as Received Pronunciation or Southern Standard British English.

The International Phonetic Association defines it as: “An accent of the south east of England which operates as a prestige norm there and (to varying degrees) in other parts of the British Isles and beyond.”

Estuary English by contrast is an accent which can be found in locations including Essex, Milton Keynes and Oxford and is a mix between South Standard English and Cockney.

Celebrities who are noted for their Estuary accents include Ricky Gervais, Russell Brand and Jonathan Ross. 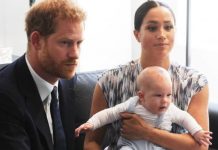 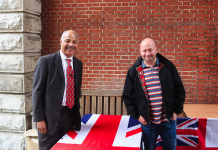 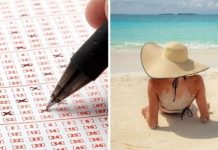