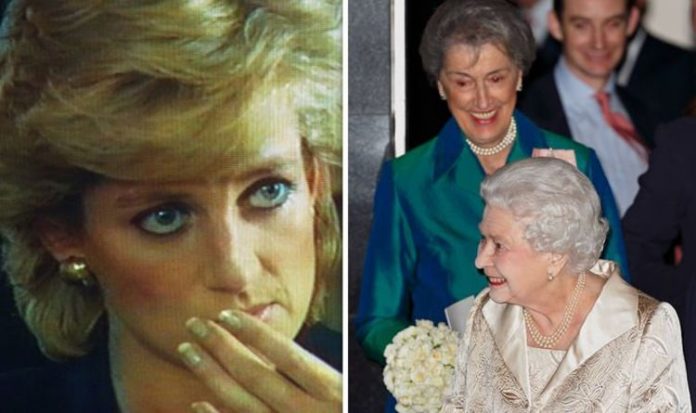 Princess Diana’s seismic interview with BBC journalist Martin Bashir in 1995 shook the monarchy to its core and foreshadowed Prince Charles and Diana’s divorce in 1996. Now the circumstances under which Mr Bashir secured the interview are subject to an official BBC inquiry following claims he used deceit to obtain the iconic sitdown with the Princess of Wales.

Among sensational new claims to arise from the inquiry is one that BBC news executives reportedly concealed the interview from the organisation’s chairman at the time amid fears his wife might tell the Palace about it.

The inquiry is expected to be told that BBC editorial guidelines were deliberately breached as executives failed to inform the chairman of the scheduled Diana interview.

Editor of Panorama at the time of the interview in 1995 Steve Hewlett and Richard Ayre, controller of BBC editorial policy, are understood to have decided not to inform senior managers or the governing board about the interview.

According to the Times, a friend of Mr Ayre said the executives feared BBC chairman Marmaduke Hussey would inform his wife, Lady Susan Hussey.

Diana replied: “I don’t think any of us know the answer to that. And obviously, it’s a question that’s in everybody’s head.

She went on to say: “There was always conflict on that subject with him when we discussed it, and I understood that conflict, because it’s a very demanding role, being Prince of Wales, but it’s an equally more demanding role being King.

“And being Prince of Wales produces more freedom now, and being King would be a little bit more suffocating.

“And because I know the character I would think that the top job, as I call it, would bring enormous limitations to him, and I don’t know whether he could adapt to that.”

Addressing Diana’s mindset at the time she gave the interview in ITV’s The Diana Interview: Revenge Of A Princess documentary, royal biographer Andrew Morton, said: “Diana certainly was very concerned about the Secret Services, about MI5, about MI6.

“There were bizarre things going on inside the households of the Prince and Princess of Wales.

“Her bodyguard, Ken Wharfe, who left her service… felt that he was being followed.

“Her confidante, Richard Kay, a Daily Mail journalist, he was burgled several times and he took to employing a private detective.

“My own office was broken into, so there’s a catalogue of things.”

Speaking in another ITV documentary about the interview last month Mr Morton said: “What terrified Diana was that Marmaduke Hussey would put a stop to doing the interview.

“So it was absolutely necessary for Martin Bashir and his colleagues to be secretive.”

Addressing the inquiry, a BBC spokeswoman previously said: “A lot has been written and broadcast about the Princess of Wales’s interview in recent weeks.

“It is important that we have a view of what happened based on the evidence of everyone involved. Clearly that has not yet been able to happen.

“But to be absolutely clear, the BBC is determined to get to the truth of what happened. That’s why we have appointed Lord Dyson to lead a fully independent investigation.

“It is vital that everyone with information shares that with Lord Dyson, so that he can investigate thoroughly and draw his conclusions having heard all the evidence.”