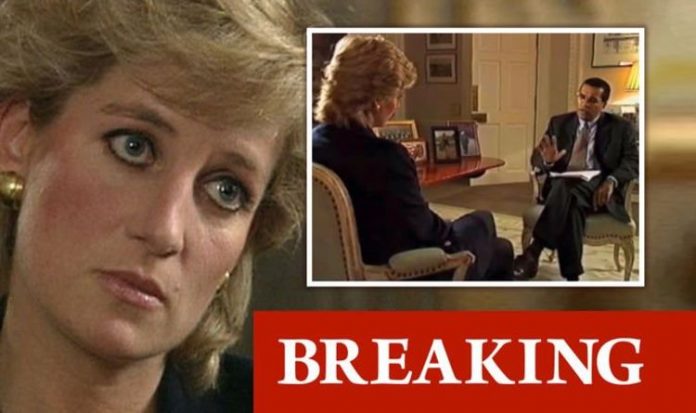 Back in 1995, the Princess of Wales sent shockwaves around the world after she told the BBC documentary, “Well, there are three of us in this marriage, so it was a bit crowded.” This is believed to have been referencing Camilla Parker Bowles, who Prince Charles later married.

The reason why Diana agreed to be interviewed by reporter Martin Bashir prompted a BBC investigation at the time and recently a Channel 4 documentary.

Weeks before the programme was aired, the earl was reportedly approached by Mr Bashir.

In new details, Diana’s brother Charles now claims he was shown “false bank statements” which showed alleged payments made by two members of the royal household by the security services.

Other false financial documents relating to a former employer of the earl were examined by the BBC back in the 1990s.

The BBC tried to determine whether the Princess of Wales had been misled but their investigation suggested she had not.

It is believed the earl and the BBC’s new director general Tim Davie have been in talks which each other.

Mr Davis has reportedly apologised to the earl for the events which happened 25 years ago.

Diana’s brother has called for an apology from the BBC to be “directed posthumously to Diana; to all who were so grossly lied to – including a global audience; and to me”.

He said: “If it were not for me seeing these statements, I would not have introduced Bashir to my sister.

“In turn, he would have remained just one of thousands of journalists hoping that he/she had a tiny chance of getting her to speak to them, with no realistic prospect of doing so.”

The BBC continues to claim there was a written note from Diana arguing she had not seen the false bank statements for her brother’s then employee.

They also claimed they played no part in her decision to give the interview.

A BBC spokesperson said: “The BBC has apologised.

“We are happy to repeat that apology.

“And while this was a quarter of a century ago, we absolutely will investigate – robustly and fairly – substantive new information.

“Unfortunately, we are hampered at this moment by the simple fact that we are unable to discuss any of this with Martin Bashir, as he is seriously unwell.

Mr Bashir is currently seriously ill with COVID-19 and is unable to respond to the earl’s allegations, according to the BBC.

Nearly 23 million people tuned in to watch the Panorama interview, recorded almost 25 years ago, on 20 November 1995.

At the time of the interview, Princess Diana was separated from Prince Charles but not yet divorced.