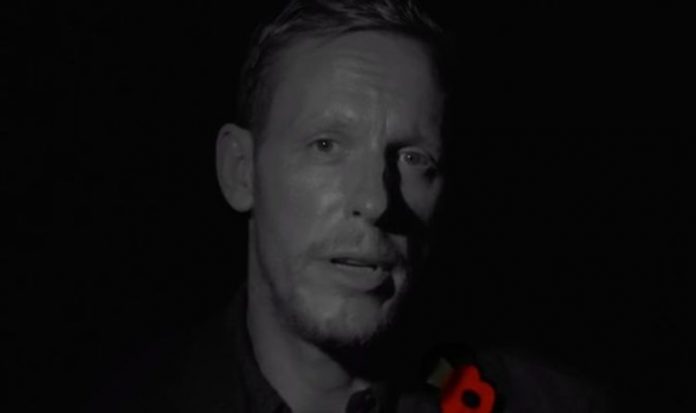 Laurence Fox, who appeared exclusively on the Daily Express Facebook page in an Unlocked Remembrance Day special alongside retired British Army officer Colonel Richard Justin Kemp CBE, has asked the British public to share why Remembrance Day is important to them. Imploring people to use #PoppyStories on social media, the Lewis actor said: “This time of year we usually gather together in remembrance of those who gave their lives so we may be free.

“This year it feels particularly poignant because we have forfeited so many of those freedoms while we battle Covid.”

He added: “I would love it if you would share stories from your families and communities as to why it is so special to you.

“Then we can all share them together and make sure this Remembrance Sunday is unforgettable, thank you.”

DON’T MISS: Remembrance Sunday events WILL go ahead despite lockdown

Writing in the Daily Express, he said: “Armistice Day 1919 was the first Remembrance event, as the worst pandemic suffered by Britain in modern times killing 228,000 subsided.

“Nothing would deter our forebears, with nearly a million wartime dead, from commemorating those who gave their all.

“How did Hitler’s war affect those who wished to commemorate the Fallen?

“They held their heads high and conceded only to move it to Sunday to minimise the impact on war production.

READ MORE: How to remember our Glorious Dead in a Covid-secure way this year

“Let us resolve that, defying the scourge of coronavirus.

“We WILL remember them.”

Use the hashtag #PoppyStories on social media to share your Remembrance Sunday thoughts and memories with Laurence Fox to mark this challenging year.

You can watch the full Remembrance Unlocked episode with Laurence Fox and Colonel Richard Justin Kemp CBE on the Daily Express Facebook page and the Unlocked YouTube channel.