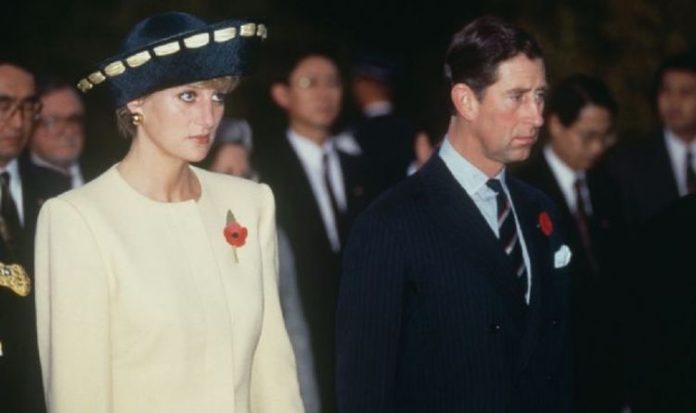 The royal couple had married in 1981, but by 1992 their marriage was on the brink of breakdown. By this time, news of Charles’ infidelity with Camilla Parker Bowles had been confirmed by Andrew Morton in his book ‘Diana: Her True Story’. The news had shaken the Queen, who ordered a review of their marriage.

In a desperate attempt to avoid a damaging split, the Palace decided to send Diana and Charles on a short four-day trip to South Korea at the beginning of November.

Dubbed the “togetherness tour”, it was supposed to reassure the British public that Charles and Diana would be staying together.

However, those illusions were shattered on arrival in Seoul, as the royal couple disembarked from the plane.

Their glum and grim faces only served to reinforce the sense of hostility and distrust that existed between the two royals.

A reporter on the ground commented on the “hatred that radiated between the two as they came down the steps of the plane”.

And things went from bad to worse during the official visit, as the royal couple attended various events, where their unhappiness and misery was clear for all to see.

Eventually, Palace officials were forced to admit that not all was well in their’ marriage, after repeated denials to the contrary.

While Charles visited a shipyard without Diana in tow, his deputy private secretary Peter Westburcot told the press: “We know that they’re not [fine] but we’re doing our best with them.”

He told MPs: “It is announced from Buckingham Palace that, with regret, the Prince and Princess of Wales have decided to separate.

“Their Royal Highnesses have no plans to divorce and their constitutional positions are unaffected.

“This decision has been reached amicably and they will both continue to participate fully in the upbringing of their children.

“Their Royal ­Highnesses will continue to carry out full and separate programmes of ­public engagements and will, from time to time, attend family occasions and national events together.”