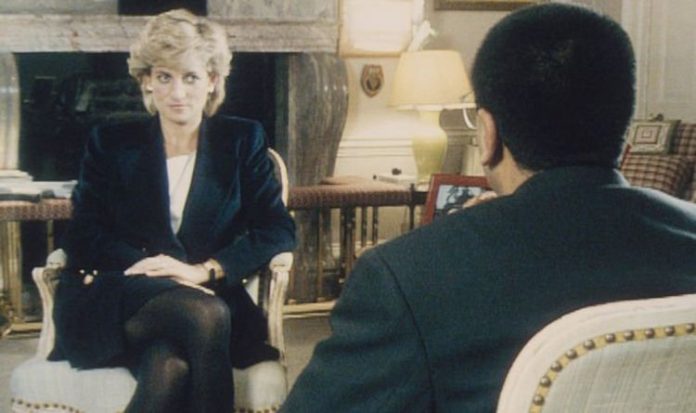 Charles, the 9th Earl Spencer, said on Twitter he has rejected the recent apology offered by the publicly-funded broadcaster. He wrote: “When the BBC say they’ve ‘apologised’ to me, what they’ve apologised for is showing me false bank statements relating to a lesser, unrelated, matter. They haven’t apologised for the fake bank statements and other deceit that led to me introducing Martin Bashir to my sister.”

Mr Bashir approached Earl Spencer in the late summer of 1995 at Althorp.

The journalist allegedly told Diana’s brother the Princess was under the surveillance of security services and that high-profile figures in royal circles were spying on her, the Sunday Times wrote.

The earl, worried for his sister’s wellbeing, then put the journalist in touch with Princess Diana, who eventually agreed on the interview, the newspaper added.

According to sources who spoke to the Times, Earl Spencer took notes of his meetings with Mr Bashir and has gathered a dossier of evidence containing “the most unbelievable stuff”, including claims the MI6 had tapped his sister’s phone.

The Earl is now demanding an independent enquiry into one of the BBC’s most famous interviews and how Mr Bashir managed to secure it.

He wrote on Twitter: “In today’s The Times Lord Hall states he was ‘unaware’ of key forged documents shown to me by BBC Panorama 25 years ago when he headed the BBC News enquiry into how Martin Bashir secured the interview.

“This is hardly surprising: Hall chose to exclude me from the enquiry.

“Answering the key question – why I was deliberately excluded from the enquiry (one I wasn’t even aware was being conducted) – has to be a part of an independent enquiry.

“The BBC has shown itself incapable of honestly facing up to the ugly truth of this matter.”

Mr Bashir was cleared of any wrongdoing following an internal probe carried out in 1996.

This investigation was led by the then head of news and future director-general Tony Hall.

Internal BBC documents released under the Freedom of Information Act and seen by the Daily Mail have shed a light on how Lord Hall cleared the journalist.

Princess Diana and Prince Charles were ordered to divorce by the Queen after the Panorama interview aired (Image: GETTY)

The head of news said Mr Bashir “wasn’t thinking” when he asked for a graphic designer to produce fake bank statements.

According to the documents, he concluded: “I believe he is, even with his lapse, honest and an honourable man. He is contrite.”

Earlier this week, Earl Spencer accused the BBC of a “whitewash” in a letter in which he also attacked Mr Bashir for his attempt to persuade his sister to take part in the interview.

Following these accusations, the BBC said it would “absolutely” investigate the claims made by the Earl when Mr Bashir recovers.

Princess Diana spoke about her marriage during the Panorama interview (Image: GETTY)

The journalist is currently very unwell with COVID-related complications.

A BBC spokeswoman said: “The BBC has apologised. We are happy to repeat that apology.

“And while this was a quarter of a century ago, we absolutely will investigate – robustly and fairly – substantive new information.

“Unfortunately, we are hampered at the moment by the simple fact that we are unable to discuss any of this with Martin Bashir, as he is seriously unwell.

Over the weekend, the BBC had said it would be “as open as we can” about events that took place 25 years ago.

The BBC told the Times: “Suggesting that mocked-up documents were genuine was wrong then and it’s wrong now; the BBC of today is happy to apologise for this.

“The BBC’s editorial processes are now even tougher and this would not happen today.

“We are open as we can be about events from a quarter of a century ago.

“However, with Martin Bashir seriously unwell and the programme editor having died, the BBC’s records from the time are our best, and often only, source of information, especially about the timeline of events.

“These records show the focus of the BBC’s investigations into these events was whether or not the Princess of Wales had been misled, and they show that the BBC’s key piece of information was the written statement from the Princess of Wales, who said she hadn’t seen the mocked-up documents and they had played no part in her decision to take part in the interview.

“None of this means the BBC won’t look at issues raised and if anyone has substantial new information they would like to share with us, we encourage them to do so – we have not been offered nor received a ‘dossier’ from anyone.

“While Martin is unwell, however, we are unable to progress this further.”

Express.co.uk has contacted the BBC to comment on Earl Spencer’s recent tweets.