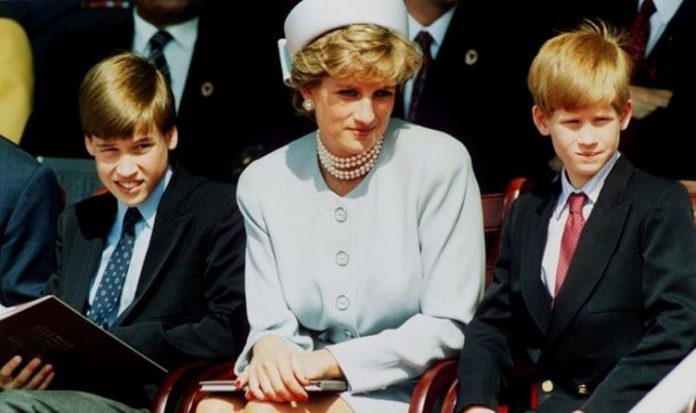 Darren McGrady was a personal chef to the Queen, Princess Diana, Prince William and Harry for fifteen years. In a new video, posted on the royal chef’s YouTube account, Mr McGrady told viewers about the Princess of Wales’ special request.

He showed royal fans how to make a banana flan – a dessert Princess Diana would often request for her young sons.

The royal chef described the dish as “nursery food” and “super easy”.

The pudding is made up of banana custard in a pastry tart shell, topped with sliced bananas and finished with apricot jelly.

Mr McGrady said: “You can’t send rose petal panna cotta with lavender shortbread up to a five-year-old Prince William, can you?

“He doesn’t have that sort of palette yet.”

The royal chef worked at Buckingham Palace for 11 years and then Kensington Palace for four years.

Mr McGrady explained how banana flan was one of the young Princes’ favourite desserts.

He said: “Whenever the boys were home, Princess Diana would write banana flan in the menu book. And then she’d write H or W at the top to let me know who was coming.

“If you were using flour, you’d actually have to cook this and let all those starch granules open, which can take about 20 minutes to lose that floury taste.”

Mr McGrady has frequently spoken about his time working for Princess Diana at Kensington Palace.

The royal chef claimed the Princess of Wales ignored him for three days until he won her over with a humorous gesture.

Mr McGrady opened up about the moment in the documentary ‘Royal Servants’.

The reason Princess Diana ignored the chef was not specified.

He said: “It was resolved, I think, because one night I sent dinner in and I actually made a smiley face with the stuffed eggplant and red pepper and did a plate with a smiley face.

“And I think the princess saw the funny side and things were back on track again.”