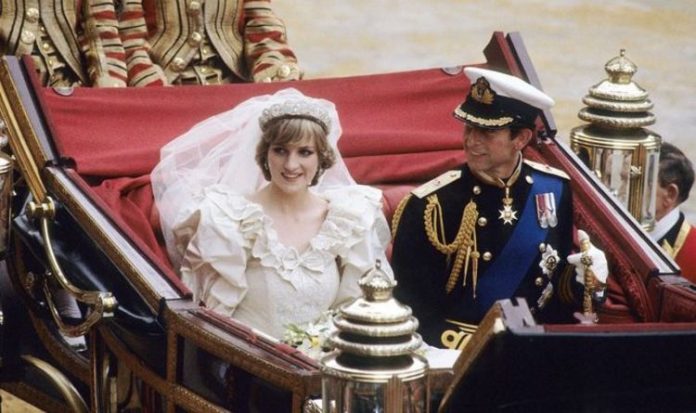 The iconic dress was made of ivory taffeta and included a lace insert that once belonged to Queen Mary. According to Hello!, the luxurious gown was valued at £151,000 in 2019, making it one of the most expensive royal wedding dresses.

But perhaps one of the most unusual aspects about the dress is that it was embellished with 10,000 pearls.

The Princess accessorised the gown with the Spencer tiara, which counted as her “something borrowed”, as per wedding tradition.

Fashion designer Elizabeth Emanuel, who created the outfit, recounted the horrifying moment she saw it on the royal wedding day and discovered a malfunction.

According to Ms Emanuel, as soon as Diana descended from her carriage, the dress presented “quite a lot of creasing.”

The couturier confessed that when she and her husband David were designing the gown, which featured a seven-metre train, they anticipated it would “crease a bit”.

Speaking on ITV’s Invitation to the Royal Wedding, Ms Emanuel explained that the wardrobe malfunction left her “horrified”.

She said: “I was horrified, really, because it was quite a lot of creasing. It was a lot more than we thought.”