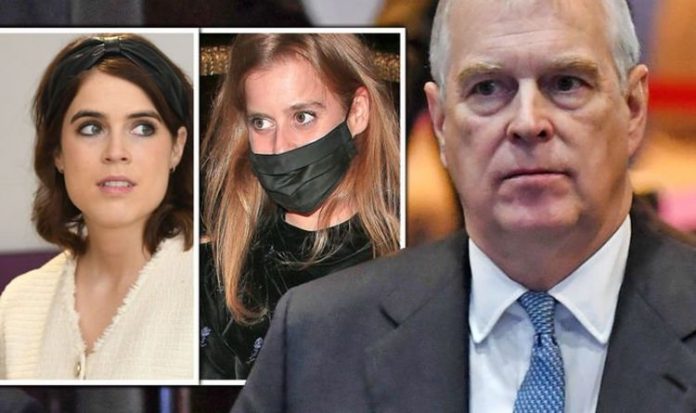 Princess Eugenie, 30, and her big sister Princess Beatrice, 32, are extremely close and may have hoped to spend Christmas together with their parents Sarah Ferguson, 60, and Prince Andrew, 60, at the Royal Lodge in Great Windsor Park. However, a York Family Christmas will be a write-off now Tier 4 restrictions are in place for the whole of London and much of the South East of England.

Princess Eugenie is expecting her first child with husband Jack Brooksbank and the royal baby is due early next year.

Eugenie is likely to have wanted to enjoy her last Christmas before becoming a mother with her beloved sister Beatrice who married Edoardo Mapelli Mozzi in July.

However, as of today the sisters face having to both spend Christmas at home with their husbands.

The new restrictions ban Londoners from mixing households, so not only can they not see their mum and dad but they also can’t see each other.

Where do Prince Andrew and Sarah Ferguson live?

Prince Andrew and Sarah Ferguson still live together despite being divorced.

The couple live in the late Queen Mother’s former royal residence the Royal Lodge which is located a short distance from Windsor Castle.

Windsor is in the borough of Berkshire which is currently one of the areas under Tier 4 restrictions.

This means that doting parents Andrew and Fergie will be prevented from bubbling up with their daughters for Christmas Day.

Where are Tier 4 restrictions in place?

Here is a full list of areas now in Tier 4:

London (All 32 London boroughs plus City of London)