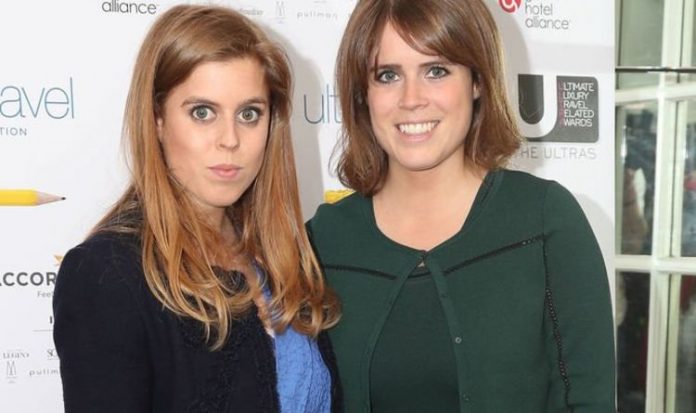 Princess Eugenie, 30, and Princess Beatrice, 32, are expected to mark Christmas apart as both sisters live in areas under Tier 4. While they may have hoped to spend Christmas at their parents’ home, the Royal Lodge in Great Windsor Park, Government restrictions will stop them from celebrating together this year.

The couple are likely to spend their last Christmas before becoming parents at home with just the two of them.

Following their royal wedding in October 2018, Eugenie and Jack moved into Ivy Cottage in the grounds of Kensington Palace.

While they were reported to have recently taken up residence in Meghan Markle and Prince Harry’s Windsor home Frogmore Cottage for a stint, they are now understood to have returned to Kensington Palace.

The doting royal is even said to pick Wolfie up from nursery school.

According to one onlooker who spotted them together recently: “Beatrice could have been any other mother on the school run.

“She welcomed the little boy out of school with a big hug and then took his bag while he set off on his scooter.”

They added: “It was quite touching how close they seemed. She clearly dotes on the little boy.”

A friend of Beatrice’s told the Telegraph’s Camilla Tominey that she “dotes” on Wolfie and talks about him “all the time.”

They added: “She’s ensured there are loads of pictures of him up in their house, so he feels like he has two families, and they do get on well.

“She has instigated a lot of that, rather than Dara.”