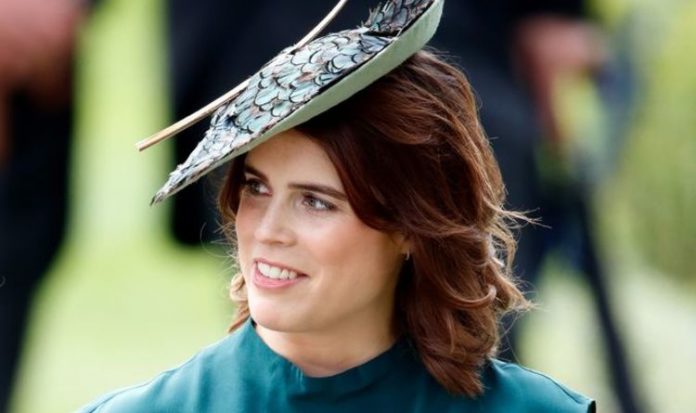 Princess Eugenie, 30, is expecting her first child with her husband of two years Jack Brooksbank, 35, in 2021. The royal couple announced they were expecting in September 2021, and it will be the first child for both parents.

The Princess wrote: “Jack and I are so excited for early 2021,” she captioned a photo of her and Mr Brooksbank holding up a pair of baby slippers.

The child will be the first grandchild on the York side of the family for Prince Andrew and Sarah, Duchess of York.

The new arrival will be ninth great-grandchild for the Queen, 94, and Prince Philip, 99.

A tweet from the Royal Family account at the time said the couple was “very pleased” to announce the news.

The account added: “The Duke of York and Sarah, Duchess of York, Mr and Mrs George Brooksbank, The Queen and The Duke of Edinburgh are delighted with the news.”

One royal insider has supposedly confirmed that the next royal baby will be born in mid-February 2021, although this has not been confirmed by Buckingham Palace.

Due dates of pregnancies in the Royal Family are never made public – as well as the sex of the child.

Perhaps surprisingly, Elizabeth has not been mentioned as a top contender – with many speculating the couple will honour the Queen with their name choice.

While the baby name may be kept under wraps for now, or the expecting couple has not yet decided, one thing is certain – that the royal youngster will not be a prince or princess.

Because the child will be born down a female line of the Royal Family – and Mr Brooksbank has no royal status, meaning the royal baby will hold no royal rank.

This could change if the Queen decided to give Mr Brooksbank an earldom or issue Letters Patent to amend the rules for them – something not uncommon in the family.

However, the child won’t be left out, as most of the Queen’s grandchildren and great-grandchildren do not have royal titles.

Princess Eugenie and her sister Princess Beatrice, 32, being made such was a deliberate choice by Prince Andrew when the girls were born.

When the child arrives, he or she will be 11th in line to the throne, with their mother being 10th in line.

The child will be the first royal addition since the birth of Archie Windsor to Meghan Markle and Prince Harry in May 2019.