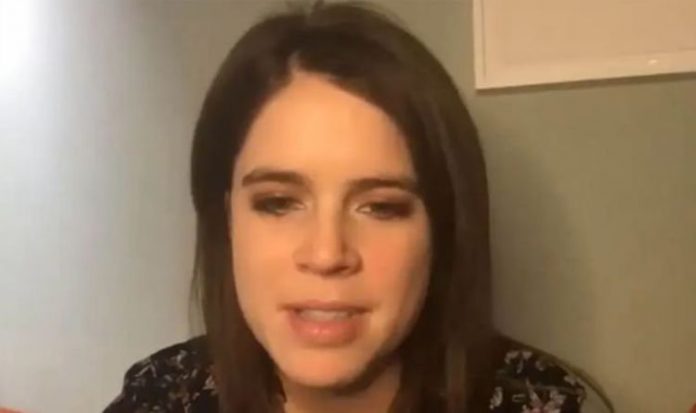 Both royals, along with Eugenie’s older sister Beatrice, are patrons of the charity and called in to support its 30th anniversary. Also on the call were a number of trust representatives and Jane Sutton, mother of Stephen Sutton who raised £5.8 million to support the group.

Sarah has been involved with the Teenage Cancer Trust since it was founded in 1990 and opened its first specialist hospital ward in that year.

“But we wouldn’t be here unless you had educated us in how to give back to people.”

The princess’s eyes noticeable welled up during the exchange.

Eugenie revealed Sarah had taken both her and Beatrice to visit Teenage Cancer Trust wards on their 18th birthdays, to show the important work it carries out.

She said: “Mum, everyone on this call has been inspired today by your boundless energy.

“I think you’ve touched each and every single one of us with the mission that you have embraced through Teenage Cancer Trust.”

After being diagnosed with bowel cancer Stephen Sutton sought to raise £10,000 for the Teenage Cancer Trust in 2014.

He easily smashed this target receiving over £3 million in donations before he died.

People have carried on donating since and the total raised is now at £5.8 million.

Accepting an award on behalf of Stephen Mrs Sutton said: “I miss Stephen every day and I wish he was here to see all that he’s achieved.

“I always used to joke with him about his original £10,000 fundraising target – I’d say ‘Well, you got that wrong didn’t you Stephen!’”

Eugenie and her husband, Jack Brooksbank, confirmed they are expecting their first child back in September.

The couple were married in October 2018 at St George’s Chapel in Windsor Castle.

Appearing on the video call Eugenie spoke about how important the Teenage Cancer Trust’s work is.

She said: “It’s so shocking to think now that back in 1990 there was no specialist care for teenagers and young adults with cancer.

“Imagine being diagnosed with cancer at 17 and being treated on a ward with much older people, talked to as an adult by doctors when you are still a child, your loved ones not being able to stay with you overnight.

“How lonely and frightening that experience would be.”