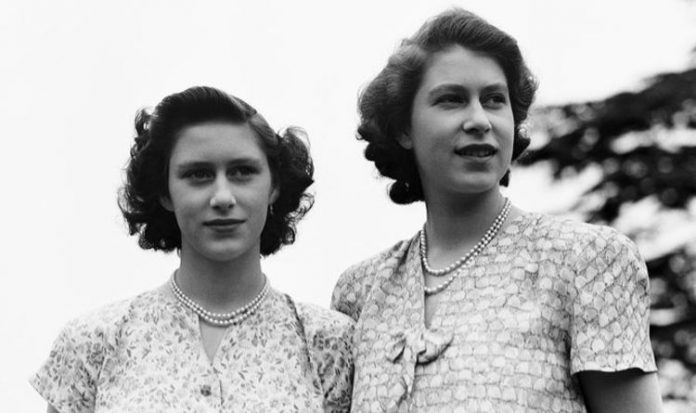 King George VI had two daughters, Princess Elizabeth and Princess Margaret. Princess Elizabeth would ascend the throne as Queen Elizabeth II in 1952 following her father’s death, but she was believed to have maintained a close relationship with her sister throughout her life until she died in 2002.

Princess Margaret was born on August 21, 1930, the second child of the then-Duke and Duchess of York.

Edward had left the throne behind to marry American socialite, Wallis Simpson, who did not win the approval of the church and many of the public due to her status as a divorcee.

After King George VI ascended the throne, Princess Elizabeth was heiress presumptive from the age of 10, and she grew up with her sister Margaret at the royal residences.

Throughout their childhood and later Elizabeth’s reign, Princess Margaret was known to be very close to her sister.

She told the publication: “[Margaret] was terribly loyal to the Queen—and being five years younger, I think it would have been much more difficult if she had been just [a little] younger than the Queen.

“There would have been more rivalry. She never said anything.”

How did Princess Margaret die?

Princess Margaret died on February 9, 2002 aged 71, seven weeks prior to the death of her mother, the Queen Mother.

A statement released by Buckingham Palace at the time read: “The Queen, with great sadness, has asked for the following announcement to be made immediately.

“Her beloved sister, Princess Margaret, died peacefully in her sleep this morning at 6.30am, in The King Edward VII Hospital.

“Her children, Lord Linley and Lady Sarah Chatto, were at her side.

“Princess Margaret suffered a further stroke yesterday afternoon. She developed cardiac problems during the night and was taken from Kensington Palace to The King Edward VII Hospital at 2.30am.

“Lord Linley and Lady Sarah were with her, and The Queen was kept fully informed throughout the night.

“Queen Elizabeth The Queen Mother and other members of the Royal Family are being informed.”