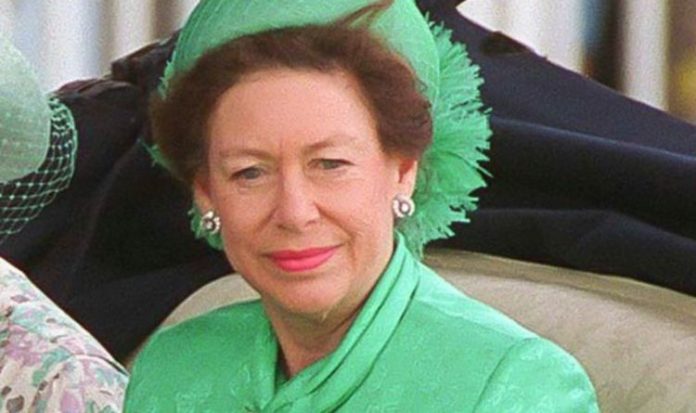 Princess Margaret had wanted to share the happiness she had found on the island of Mustique with her son Viscount Linley and his wife Serena by gifting them her home of Les Jolies Eaux. The Queen’s youngest sister was known to have fallen in love with the Caribbean island since she first visited it on her honeymoon in 1960. But despite hoping the couple would come to love the home as much, Viscount Linley put the villa on sale only three years into his marriage.

Royal biographer Hugo Vickers told Channel 5: “Most people like a sense of continuity and Princess Margaret probably did hope it would go on to be a happy home for her descendants.”

But ‘Margaret: Queen of Mustique’ narrator Angela Rippon said: “But as with so much in her life, Princess Margaret’s hopes and dreams did not quite come into fruition.

Princess Margaret’s official biographer Christopher Warwick claimed the royal had been deeply “hurt” by the decision because of the important role the villa had played in her life.

JUST IN: We thought Harry a man but he’s just a silly spoiled Prince who rejected us JUDY FINNIGAN

Mr Warwick said: “When you bear in mind what it had actually meant to her for so long, I think it hurt her very much.”

The sentiments were echoed by commentator Ayesha Hazarika: “Princess Margaret was really upset when her son decided to sell Les Jolies Eaux because it was the only thing she really owned in her own right.”

Princess Margaret had received the land to build her new home on when visiting friends Colin and Anne Tennant weeks after marrying Anthony Armstrong-Jones in 1960.

Over the years, the royal repeatedly visited the island and often escaped there when the pressure of her marriage or royal life had her in need of a break.

The Cambridges travelled to Mustique as a family and were there for Prince George’s sixth birthday.

The source added: “It’s about as close as they can come to without going to total wilderness as they did on their honeymoon when they went to an island in the middle of nowhere.

“To go to a place with two bars and a few other people, and not feel totally isolated Mustique is perfect.”