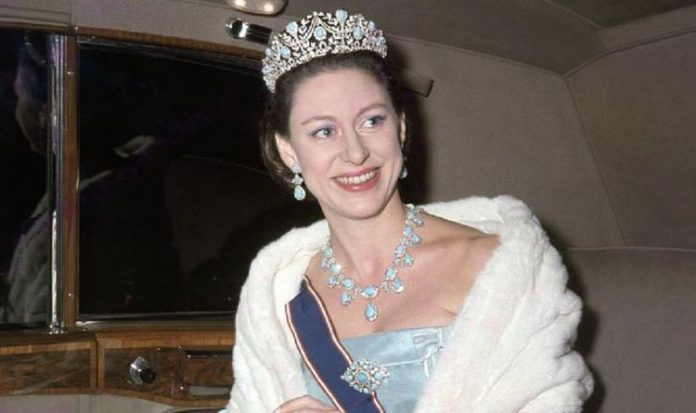 And one trend that she helped to usher in was that of the live TV broadcast of Royal marriages. The glamorous Princess was the first Royal, whose wedding was beamed live into people’s homes around the world. The Queen’s younger sister married the celebrity photographer Antony Armstrong-Jones on 6 May 1960 in Westminster Abbey.

The event was broadcast around the globe by TV cameras, reaching an estimated audience of 300 million.

Princes Margaret travelled from Clarence House to the Abbey in the Glass Coach, accompanied by Prince Philip.

As her father King George VI had died in 1952, her brother-in-law was given the honour of giving her away on her big day.

The ceremony was conducted by Geoffrey Fisher, the Archbishop of Canterbury and was witnessed by a congregation of some 2,000 guests.

Among the attendees were celebrities, royalty and politicians.

Her wedding dress was designed by Norman Hartnell and was described by “Life” magazine as “the simplest royal wedding gown in history.”

The tiara was commissioned by Lady Politmore in 1870 from the jeweller Garrard.

She was the wife of the second Baron Politmore, treasurer to Queen Victoria’s household from 1872 to 1874.

The tiara remained in the Poltimore family, until purchased at the auction by Margaret.