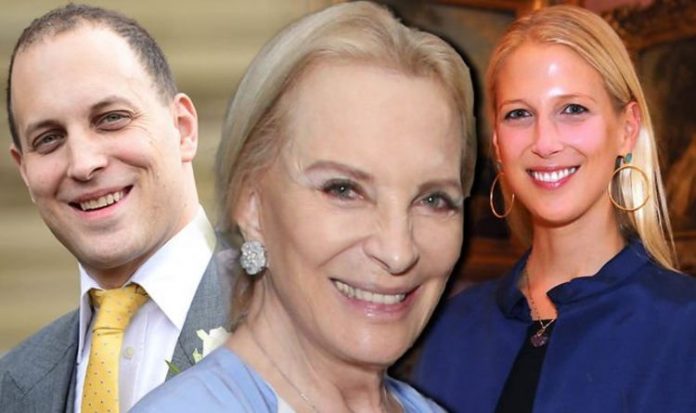 Princess Michael of Kent, 75, has been unwell for almost a month suffering from the effects of long-covid according to sources.

Prince and Princess Michael were unable to attend the recent Remembrance Sunday ceremony as they have been in quarantine for three weeks.

A spokesperson for the couple said: “Princess Michael of Kent’s housekeeper fell ill three weeks ago and HRH was immediately tested and was found to be positive for Covid.

“She and her husband Prince Michael have remained in isolation at Kensington Palace ever since.”

Princess Michael is the third member of the Royal Family to test positive for the virus.

Why do Prince Michael’s children not hold the prince or princess title?

She is a Catholic and therefore Prince Michael lost his place in the line of succession as an automatic consequence of the 1701 Act of Settlement.

According to this statute, a member of the Royal Family could not remain in the line of succession if he married or became a Catholic.

However, the act was subjected to repeal in 2013 when the Succession to the Crown Act 2013 came into force.

The Prince and Princess of Michael went on to have two children together: Lord Frederick Windsor and Lady Gabriella Windsor.

Despite Princess Michael’s Roman Catholic faith, her children were raised in the Church of England which means they did not forfeit their place in the line of succession.

Neither child was permitted to use the prince or princess title at the time of their birth because of a rule first created in King George V.

King George V created the House of Windsor in 1917 and he ruled that only the sons of a brother of the king would be princes with the title of Royal Highness and their children would have the style and title of the sons of non-royal English dukes.