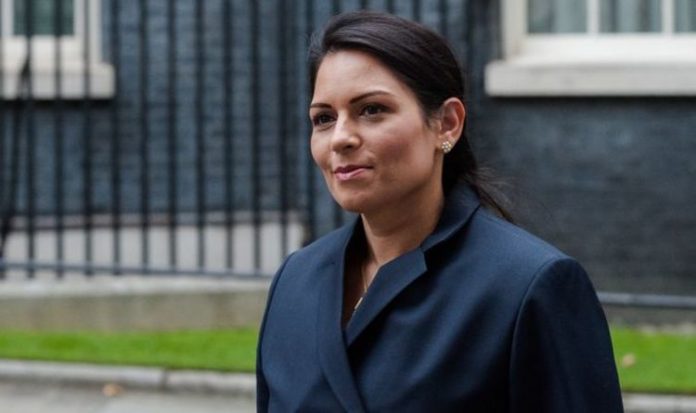 The Home Secretary made her commitment as she insisted that she and Boris Johnson have restored the Conservatives as the “party of law and order” in Britain. Ms Patel was speaking in an exclusive interview with Tatton MP and former Good Morning Britain presenter Esther McVey as part of the Blue Collar Conservatism virtual conference, in association with the Daily Express.

Grooming gangs largely made up of Asian men have destroyed the lives of thousands of children, particularly teenage girls in towns such as Rotherham and Rochdale where they were exploited and sexually abused.

Shabir Ahmed, ringleader of the Rochdale grooming gang, is among those facing deportation to Pakistan.

Ms Patel described their actions as abhorrent, adding: “When it comes to the individuals and perpetrators of dual nationality we want to make sure they are deported for their crimes. I’m afraid in the past not enough of that has taken place.”

The Home Secretary has also revealed that she has issued a crackdown on illegal migration to the UK and the Home Office is now sending two flights a week of illegal migrants back to EU countries.

So far, she said, 210 of them who arrived on small boats across the English Channel have been returned this year to EU states.

Another 1,000 are ready to be deported but the Home Secretary warned that a combination of EU countries trying to break their own rules and not take on people who they were responsible for, and activist lawyers slowed the process up.

She said: “We have a lot of work taking place with France, Belgium and the Netherlands. We are sending them to EU countries where we have data on them travelling through because the EU are all safe countries who are all signatories of the European Convention of Human Rights and it is right we return people back to those countries.”

She has restated her vow to change the law on asylum which has “not been altered in decades” to streamline the process.

She said the plethora of small boats coming over the Channel over the summer was a result of the UK authorities clamping down on people trafficking in lorries.

As part of the Conservatives returning to their position as the party of law and order, she hailed the recruitment of 20,000 police officers, noting that 100,000 people applied in the recruitment drive.

Ms Patel said: “The police presence alone has really mobilised members of the public who want to join the police. Joining the police is an incredible professional career. Having younger officers coming forward is incredible.”

But she has also said more needs to be done to protect police officers and restated the Government’s commitment to push through a law which doubles the sentences of those who attack emergency workers.

The Government is also committed to putting the Police Covenant into law to protect officers and their families, an idea originally pioneered by Ms McVey and the Blue Collar Conservatives.

Her comments come in the wake of the killing of Sergeant Matt Ratana last Friday in Croydon after 30 years of service.

Ms Patel said: “We saw on Friday the most abhorrent crime and Sergeant Matt Ratana was an abso-lute hero and we will never forget him and his service to the Metropolitan Police but also to his community.”

The issue of law and order has become central to the Blue Collar Conservativism Movement with many complaining that the legal system has become too soft.

Writing for the Express as part of the virtual conference, Shipley MP Philip Davies, who founded the Blue Collar Conservatives with Ms McVey, said he welcomed moves announced by Boris Johnson this month in the Sunday Express to significantly toughen up sentencing.

But he wants the Prime Minister to go much further, Mr Davies said: “As I have been going around the country attending Blue Collar Conservative Conversations, one thing that has come across loud and clear is that people do not feel that we are keeping them safe or locking criminals up for long enough – especially those who repeatedly break the law. They are absolutely right.

“I do not even believe that people fully know how terrible our justice system has become but they still think it is bad enough based on what they do know.” 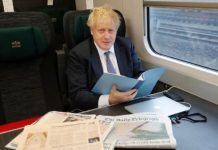 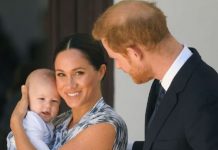