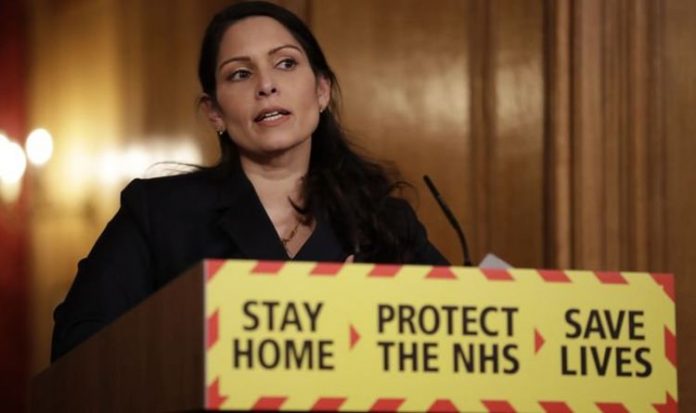 The Home Secretary will today detail plans for holidaymakers returning from high-risk countries to quarantine in airport hotels ­for up to 10 days at their­ own expense. Some could face bills of £1,500 or more. Ms Patel signalled that further measures will be swiftly put in place if reports of coronavirus mutations emerge.

Travellers from most of Africa and South America, as well as Portugal, are expected to face supervised quarantine over virus variants identified in Brazil and South Africa.

She said: “The UK has a world-leading ­vaccination programme that we should all be proud of.

“It is therefore right that the Government continue to do ­everything we can to protect the roll-out from new strains of ­the virus. We keep all measures under review and will not hesitate to take ­further action to protect the public.”

She said people should only travel in “exceptional circumstances”.

It came as Labour leader Sir Keir Starmer – who is self-isolating after contact with someone who tested positive – called for hotel quarantine to be made mandatory for all arrivals into Britain.

He said: “It’s very clear that we need to have quarantine comprehensively in hotels for everybody coming into the country.”

Tory backbencher Sir Desmond Swayne criticised the expected move to force those in quarantine to pay accommodation costs, ­asking: “Is it usual for prisoners to be billed for the cost of their incarceration?”

And Tory MP  Steve Double called on the Government to lift the rules ­at the earliest possible opportunity.

The shadow home secretary Nick Thomas-Symonds said: “Conservative incompetence is putting our country at risk. Labour is calling for a comprehensive hotel quarantine system, with protections to secure us against new strains.

“It cannot be restricted to only a handful of countries, leaving gaping holes in our defences against different strains of the virus emerging around the world.”

But Ms Patel hit back, attacking Labour for repeatedly shifting its stance over ­border controls.

She said: “In July the shadow transport secretary said quarantine measures should be lessened and in June last year the Leader of the Opposition also said that this ­system was a blunt instrument.”

The Prime Minister’s spokesman said: “We will continue to keep our measures at the border under review to ensure that we don’t reimport cases of the (virus) as we continue to try and drive down case numbers.”