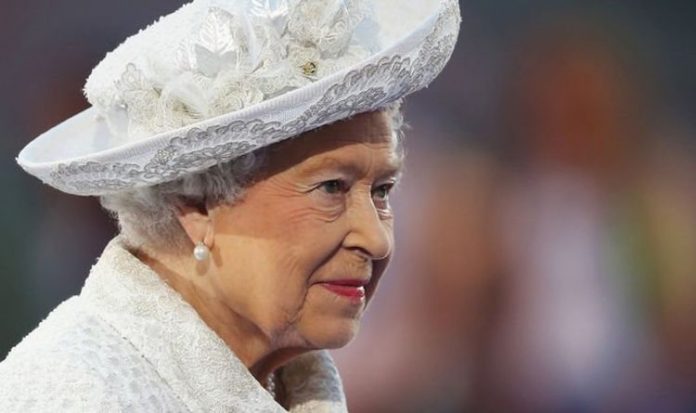 Scotland’s First Minister Nicola Sturgeon has renewed the call for a referendum on independence again — and new polls show that a majority of the electorate would vote in favour of breaking away from the UK. This would be the second public vote on the matter, just seven years after Westminster granted Scotland a “once-in-a-generation” chance to change its centuries-old UK tie. However, even if the referendum goes ahead, it is not expected to change the Queen’s status.

Ever since King James VI of Scotland succeeded Queen Elizabeth I of England in 1603, the two countries have been united under one crown — although it was another century before the nations became one state.

If Scotland were to have a second referendum and vote for independence, the Queen would still be its monarch as the matter of becoming a republic is not up for debate.

Only a minority body within the Scottish National Party (SNP) is reportedly calling to reject the monarchy as well.

As a result, the Queen would still be the official voice of Scotland and likely represented within the country by a governor general.

Constitutional expert Professor Vernon Bogdanor said: “At the moment she does not make a Queen’s Speech in Scottish Parliament. She could be asked to.”

Nicola Sturgeon and the SNP lead the ‘Yes’ to independence campaign in 2014 (Image: Getty)

She currently makes a Queen’s Speech when opening the Westminster Parliament.

The Queen is already monarch of 16 realms — so an independent Scotland could simply join that list as the 17th state.

However, professor of contemporary British history, Peter Hennessy, claimed: “There are all sorts of models for the relationship of a monarchy to a former colony or dependency, but this is different because the relationship has been so much closer.

“This is flesh of our flesh.”

The Queen, as the constitutional monarch, is expected to remain completely apolitical and abstain from influencing any Government decisions.

However, her most contentious moment which was deemed to be interfering in diplomatic matters arrived in 2014 in the run-up to the first Scottish referendum on independence.

The Queen speaking in Scottish Parliament in 2016 (Image: Getty)

Days before Scots voted on their future, the monarch was seen telling a well-wisher outside her regular church in Aberdeenshire, Scotland: “I hope people will think very carefully about the future.”

Then Prime Minister David Cameron later revealed that he had actually asked the Queen to discreetly “raise an eyebrow” to help his unionist cause.

This revelation caused uproar at the thought that the Queen had been involved in a partisan action.

Photographers later revealed that the Palace actually encouraged them to gather outside the Queen’s favourite church on the occasion — even though they are usually not permitted.

However, the Palace released a statement which read: “Any suggestion that the Queen would wish to influence the outcome of the current referendum campaign is categorically wrong.

“Her Majesty is simply of the view this is a matter for the people of Scotland.”

At the time, BBC royal correspondent Peter Hunt claimed: “This wasn’t a slip of the tongue by the head of state of the UK — rather a reflection of how seriously, like many others, one views the significance of the vote.”

The Queen with then PM David Cameron, who encouraged her to “speak out” about the referendum (Image: Getty)

The sovereign was also seen to be commenting on Scotland’s continued role within the UK on the eve of a vote on Scottish devolution back in 1977.

She said: “I number kings and queens of England and of Scotland and princes of Wales among my ancestors, and so I can readily understand these aspirations.

“But I cannot forget that I was crowned Queen of Great Britain and Northern Ireland.”

Professor Hennessy, told Newsweek: “The Royal Family have understandably kept away from voicing their opinions on the issue of Scottish independence.

Should Scotland be an independent country – graph (Image: Express)

The Queen with her husband Prince Philip in Balmoral, her Scottish estate (Image: Getty)

“But the Queen knew what she was doing when she said that, and that was profoundly her.”

Professor Hennessy added: “It’s the only text we have, Like a sacred text of the Union, her version of saying that she can’t conceive of being anything other than a Brit.”

The question over a potential vote is believed to have been accelerated by both Brexit and the Government’s handling of the coronavirus crisis.