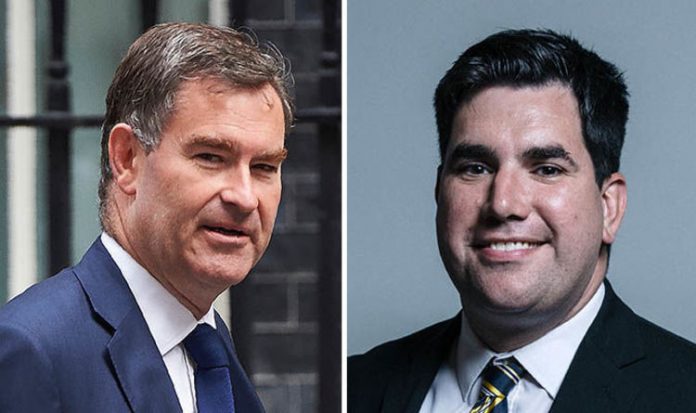 Mr Gauke announced on Wednesday that the Government intends to shut-down the programme two years early in 2020, but will still be obliged to pay £170million of funding in order to maintain the system until that date.

This follows an additional £342million which was provided to Community Rehabilitation Companies (CRCs) by the Government in 2017.

“The priority for me is to make sure we deliver the right rehabilitation service.”

The Justice Secretary nevertheless noted CRCs are facing such severe financial pressures as they had “underbid” for the contracts when the programme was launched in 2014.

He also added the model for CRCs was based on the constant release of low-level offenders back into the community.

The UK has instead seen a sharp rise in serious offenders, which are still handled by the Government’s National Probation Service.

The programme has nevertheless come under sharp criticism from MPs, who have stated it may be threatening public safety and that overstretched staff are failing to supervise ex-prisoners sufficiently.

Bob Neil, Conservative MP and Justice Committee chairman, said in June: “We are unconvinced that Transforming Rehabilitation will ever deliver the kind of probation service we need.

“Hard working and dedicated staff are doing their best with a probation system that is currently a mess.

“We are calling on the Ministry of Justice to undertake a thorough review of the reforms.”

Labour’s Shadow Justice Secretary Richard Burgon added the Government had “run out of ideas” on how to resolve the crisis.

He said: “The Government’s re-commitment to a privately-run probation service shows that the Conservatives have run out of all ideas on how to fix their broken system.

“Delaying this announcement until Parliament closed for the summer is a tacit admission by the Government that its probation policies can’t withstand the slightest scrutiny.”

A damning report published by the Justice Committee in June indicated some CRCs are only monitoring offenders via telephone, and some probation staff are dealing with up to 150 cases.

The committee also revealed that some offenders are leaving prison homeless and with only £46, despite CRCs being obliged to provide housing, employment and financial aid.