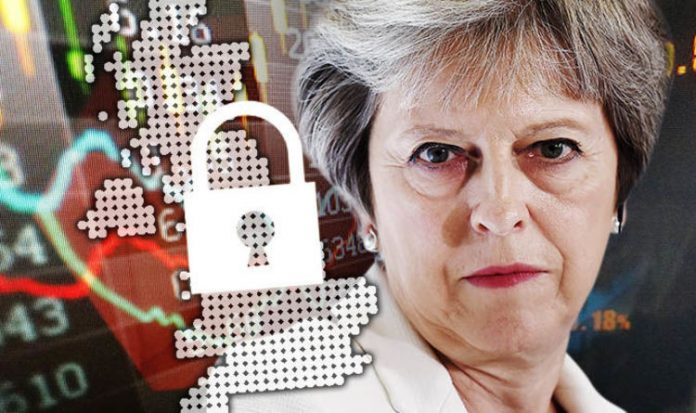 The Prime Minister’s latest vision of future relations with the European Union says the UK could seek to join the new Comprehensive and Progressive Agreement for Trans-Pacific Partnership (CPTPP) “on terms consistent with the future relationship with the EU”.

But a new report says her decision to keep British trade policy on agricultural and manufactured goods aligned to the EU’s makes such a deal unlikely.

The Partnership’s 11 members include Australia, Canada, Japan, Malaysia, Mexico and Singapore, and other countries  expected to join soon include South Korea, Indonesia and Thailand.

Today’s report dubbed it the best quality, most comprehensive Free Trade Agreement (FTA) in the world, outside the EU’s single market.

It includes eliminating tariffs and quotas between members, including on agricultural products, and mutual recognition of each other’s regulations and rules on cross-border investment.

Joining is seen as a swifter and more effective alternative to forging separate deals with individual nations and both Australian and Japanese representatives have indicated the UK would be welcome.

But in an essay for the centre right Policy Exchange think tank, Australian former ambassador to the World Trade Organisation Geoff Raby warned Mrs May’s deal, hammered out with ministers at Chequers and formalised in a white paper, would limit the UK’s ability to take part.

“By aligning UK policy to EU policy on agriculture and manufactured goods, the white paper will constrain the opportunities that the UK has to pursue an independent trade policy,” he wrote.

Mrs May had expressed an interest in participating for services, he said, but: “Without being able to participate fully in the agricultural and manufactured goods dimension it is most unlikely that the UK would able to join, but if it did it would not be able to get the full benefits of the CPTPP.”

Policy Exchange chairman Alexander Downer, the former Australian high commissioner to the UK, said “The UK, with its modern services-based economy, would be a welcome addition to the CPTPP.

“Joining the CPTPP would give the UK unfettered access to many markets that represent a large part of the future of the world’s economy.”

But it was a problem if the UK tried to exclude part of its economy from such a deal: “The Chequers Agreement shows a desire for the UK to remain closely tied to the EU for manufactured and agricultural goods.

“In essence it says you want to be free to sell the things you’re good at and protect less competitive areas of your economy.

“As the Policy Exchange paper highlights, the process of ratification has been difficult for some – Japan, for example, experienced heavy resistance from its agriculture sector.

“Having fought such battles to secure the comprehensive nature of CPTPP, it is unlikely that the UK will be accepted without meeting the same obligations.”

Essay co-author Warwick Lightfoot, a former special adviser to Tory Chancellors Nigel Lawson, John Major and Norman Lamont, said: “Leaving the political relationship with the EU should not result in a more closed outlook on the world.

“Instead the UK should focus on the opportunities in the wider world if we adopt a more free trading approach which exposes our domestic market to greater competition and challenge.”