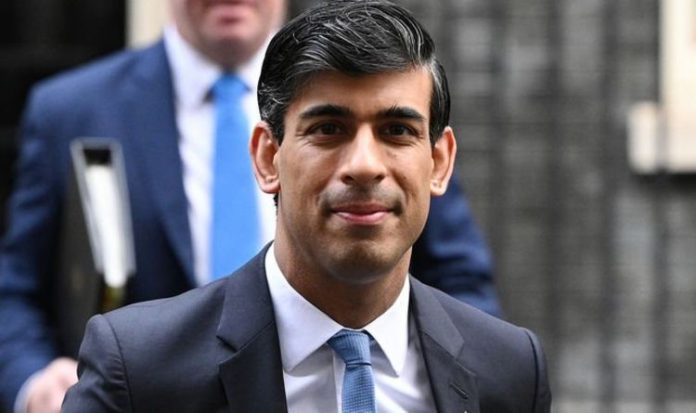 Doctors, nurses and low paid workers will be protected from the move. But the Chancellor said he could not justify wider increases when the private sector has been hit harder by the coronavirus crisis. He said: “Unlike workers in the private sector, who have lost jobs, been furloughed, seen wages cut, and hours reduced, the public sector has not. “In such a difficult context for the private sector I cannot justify a significant, across-the-board pay increase for all public sector workers. “Instead, we are targeting our resources at those who need it most.”

Private sector wages fell by nearly one per cent in the six months to September compared to last year, while public sector wages rose by nearly four per cent.

More than one million NHS workers will receive a pay rise next year and 2.1 million public sector workers who earn below £24,000 will be guaranteed an increase of at least £250.

But around 1.3 million police officers, firefighters, teachers, the Armed Forces, civil servants and council staff will have their pay frozen.

The National Living Wage, meanwhile, will increase by 2.2 per cent to £8.91 an hour.

TUC General Secretary Frances O’Grady said: “After a decade of standstill pay, yet another pay freeze is a kick in the teeth for the key workers in the public sector who kept the country going in this crisis.”

Real-terms cuts to public sector pay are being made as MPs are in line for a £3,300 increase in their salaries.

Standards Authority (Ipsa) said increases should be linked to growth in public sector pay, pegged to figures from October. It would mean an increase of four per cent, taking salaries to £85,000 from April.

Cabinet Office Minister Michael Gove yesterday wrote to Ipsa chairman Richard Lloyd calling for him to freeze MPs’ pay instead, saying he “may wish to consider the public acceptability” of the huge rise.

The public sector pay freeze comes after salaries were held back in the wake of the 2008 financial crash.

Ben Zaranko, a research economist at the Institute for Fiscal Studies, said: “[But] Unlike in 2010, this will come on the back of a decade of pay caps and freezes.

“Relative to pay in the private sector, public sector pay prior to the pandemic was its lowest point in more than 25 years.”

Police Federation chairman John Apter said: “Despite the warm words and the weekly applause for key workers, it seems to count for nothing.”

Mark Serwotka, general secretary of the Public and Commercial Services union, said: “Civil servants and other public sector staff will feel a deep sense of betrayal.”

He said the move came, “despite keeping the country running during the Covid crisis, supplying universal credit and helping businesses access the furlough scheme”.

“The Government is making the same disastrous mistake again.”

Dame Donna Kinnair, chief executive of the Royal College of Nursing, said any pay rise “must reflect the true skills and value of nursing. For now, they continue to be worse off than 10 years ago.

“At a time when many experienced nurses are burnt out, exhausted and considering leavingthe link between unfair pay, staffing levels and safety becomes even more stark.”